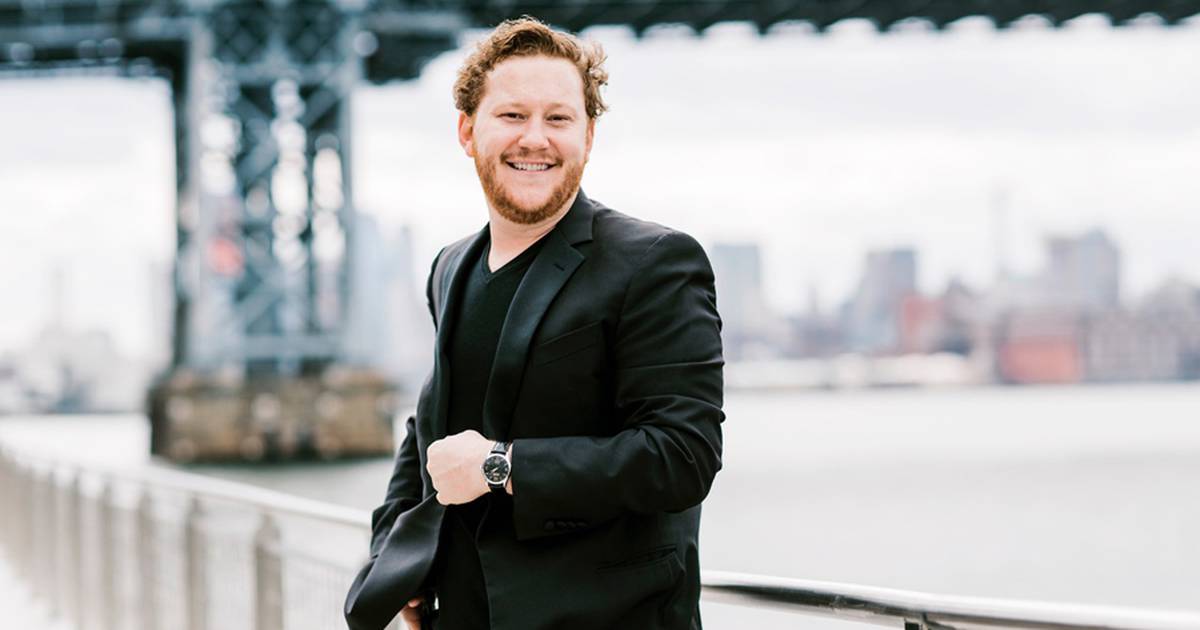 There’s nothing quite like firing 5Gs on the racetrack and then hitting the stage to sing your best notes in Tristan and Isolda. No, literally there isn’t. Yet Mobile, Alabama-based singer Nicholas Brownlee knows this better than anyone. The bass-baritone singer could have taken over the role of Kurwenal in the Santa Fe Operafrom Wagner’s show this summer, but unlike his fellow singers, at least as far as we know, Brownlee drives cars in his spare time. And while it’s tragic you missed your chance to hear him sing this season if you haven’t already witnessed the classic tale of a love gone wrong, Brownlee tells SFR he’ll be back. for a different production next season. Before he left, however, we learned just how operatic driving can be and why we should all sing more often. This interview has been edited for clarity and space.

Opera and motor racing seem at first like two worlds unlikely to intersect. So how did they come through for you?

It’s funny, because at the beginning of my opera career, I was hesitant to say that I was actively racing, because they seem diametrically opposed. But during my studies, I was really encouraged. I’m passionate about telling people that these things aren’t that far apart. This feeling of being about to sing, stand up or be quiet, is the same when I’m about to run. Opera gives me the same effect as running. Opera is considered whimsical, but at its core it is visceral and human, like motor racing. I grew up in both worlds at the same time. My dad drove race cars, and just like F1, NASCAR was invented as a publicity ploy for big cars in America. I’ve done NASCAR sanctioned events all over the Southeast. If you want to be cool in grade school, get picked up by a race car with your dad. My weekends were spent exclusively on race tracks. Next weekend [in Mobile] I’m going to race. I’ll be in Zurich, preparing a show, but I’ll get a call from someone [from Alabama] about races and car problems. So I’m stuck between these two intense niche worlds.

You say that opera is an athletic art. It’s not something that many people would think about. What do you mean?

When you enter the Tristan and Isolda bedroom is like entering a locker room. The singers can be 6 feet tall, tall and wide because it takes so much body. The way we use our bodies, the way we breathe and throw ourselves on stage, it’s an incredibly sporting event. If I could take all the people in the world who say opera isn’t sport to watch Tristan and Isolda, they would sweat just looking at it. This is a fully targeted event.

People say runners aren’t athletes, but they pull 5 Gs. It’s about hand-eye coordination, how you carry your body. I’m 6′ 3″, I’m not short. It’s much more about non-traditional athleticism – bravery, courage. When you walk into an opera you should know that in five hours you still have to be the best singer on stage. For me, it’s athletics. Opera, and that’s why I love it, is both athletics and art. It’s heavy. But you gotta say those words, play with the colors, you gotta say the Tristan words in a new way. I can’t look at sculptures and rearrange them. But with opera, I get to say the words in a different way than [they have been said] in 150 years. How cool is that?

Should opera be as accessible as driving a race car, or is perceived exclusivity something that enhances the art? Should there be a greater effort for the masses, as there is for the race?

I had a preacher once say to me, ‘I want you to come into church wearing what you have. I don’t care if you’re in shorts and a t-shirt. But ultimately, because of your respect for the nature of it, you’ll want to match the level of intensity on stage. And it stayed with me for a very long time. Exclusivity bothers me. Can’t go to high school because of that? We lament that we have a grim and dying audience, but to be honest, it’s a renewable resource. What we need to do, in my opinion, is dig deep and invest money in things — quality things — to bring this into secondary schools. It’s not just fun. It must be in the fabric of the community. Ask someone to explain in front of children how dope it is: “This is why Lebron would have been a great opera singer.” It’s always been a European import, but it doesn’t have to be. We have to find a way to make it our own, to make it more than just a European import, like a French restaurant you go to every three years. The Santa Fe Opera House is one of the weirdest, coolest and most awesome places to do opera in the world. That’s what they’re willing to risk doing. They have an incredible investment, and the investment is why I’m here. If we had more of that, opera could be a thing everywhere.