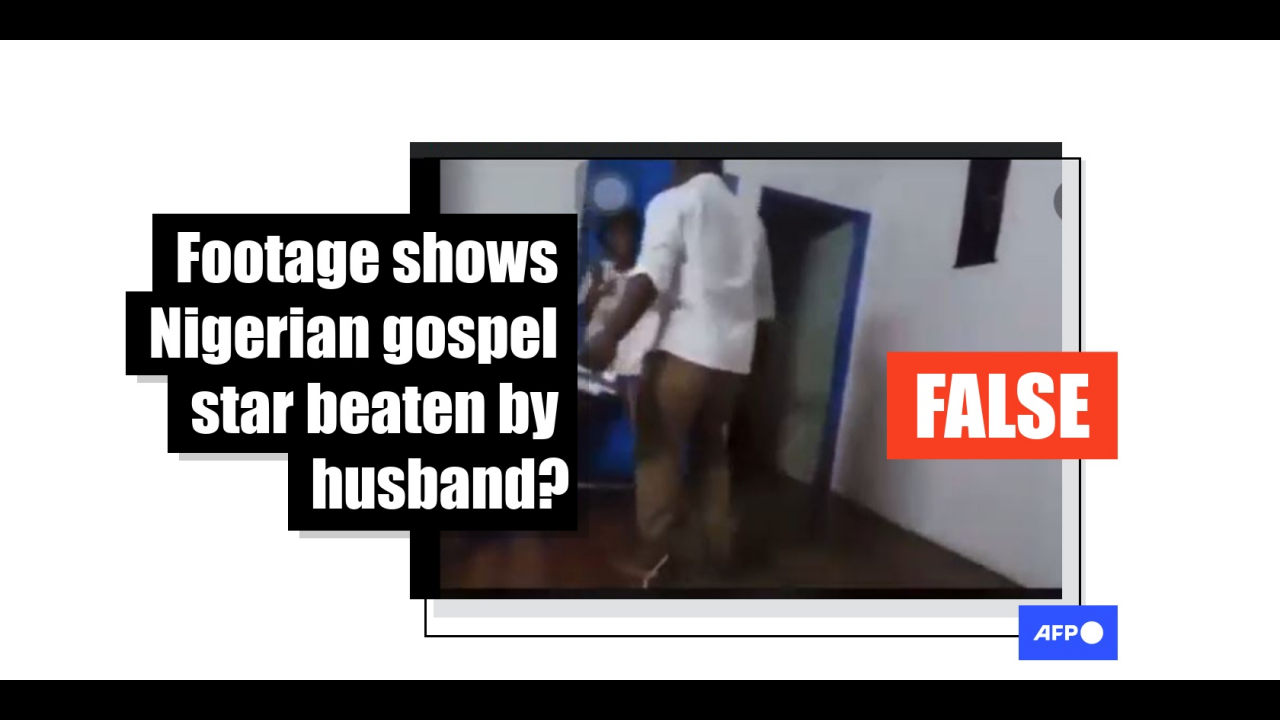 A domestic assault was filmed in Papua New Guinea, unrelated to the death of the Nigerian singer in April

The husband of famous Nigerian gospel singer Osinachi Nwachukwu was arrested for her sudden death in April, as he faces charges that he beat her and inflicted the fatal injuries. After his arrest, social media posts published footage of a man repeatedly hitting a woman with a hot iron as alleged evidence that Nwachukwu was the victim of domestic violence that led to his death. However, the clip is unrelated: it was filmed in Papua New Guinea and shows international rugby player and boxer Debbie Kaore being beaten by her partner.

The claim was posted on Facebook on April 13, 2022, five days after Nwachukwu died in Abuja, Nigeria’s capital.

“Video of Osinachi’s husband beating her, recorded by their son,” read the original caption of the Facebook post. The author later edited the note to say that the clip ultimately did not show the alleged scene.

Over a million people watched the 12-second video on the social network.

The news of Nwachukwu’s death sent shockwaves through Nigeria, drawing strong reactions from the public, including the former Nigerian education minister. Oby Ezekwesili.

The death of Osinachi Nwachukwu from the cult epic *Ekwueme* really hit home. Reading allegations of domestic violence makes the pain worse.
I hope the truth will be uncovered and justice will be served. Everyone, including churches, must take issues of violence against women seriously. Urgently✍ pic.twitter.com/fz50W42EaU

With the cause of death yet to be determined, the post gives the impression that the singer was killed by her husband, Peter Nwachukwu – an accusation shared by the gospel star’s colleagues and family, as well as by members of the public who claim the late singer was a silent victim of domestic violence.

A petition demanding justice for Nwachukwu has received over 15,000 signatures.

The allegation has circulated widely in Nigeria and beyond, including Ghana. AFP Fact Check has demystified French publications shared in Cameroon and Côte d’Ivoire.

But the video seen on Facebook has nothing to do with Nwachukwu or her husband.

“The champion female athlete is horribly beaten with a hot iron by her partner,” read one of the video’s captions.

Daily Mail cited another report published a day earlier by ABC News in Australia, with the heartbreaking footage uploaded to YouTube on June 8, 2020. 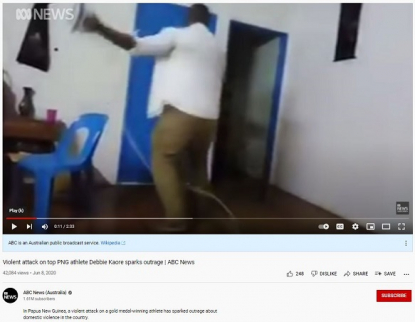 “I am traumatized to have almost lost my life in front of my children,” Kaore said 27 seconds into the ABC News report.

The story was picked up by other international outlets, including the BBC, which explained that “the video was posted on TikTok and Instagram by [Kaore’s] friend, with permission.

AFP reported that Kaore had allowed the video to be released in the hope “that there will be no other victim after me”.

Oa was jailed for two years in January 2022 for the assault and his appeal efforts were dismissed, local media reported.

In 2020, Human Rights Watch said the country remained one of the most dangerous places in the world to be a woman or a girl. “More than two-thirds of women in PNG [Papua New Guinea] are victims of domestic violence,” the international non-governmental organization said.

Nigerian media reported that Nwachukwu’s husband was arrested on April 10, 2022 and remains in custody pending further investigation into his death.

Nwachukwu was a popular gospel music singer well known to Christians even in neighboring countries. His deep, powerful and melancholic timbre gives a particular color to his songs, such as “Ekwueme”.

She belonged to a church called “Dunamis International Gospel Center” and had four children, according to Nigerian media.

In Nigeria, 36% of married women have experienced emotional, sexual or physical violence from their husbands, according to the country’s 2018 Demographic and Health Survey (DHS).