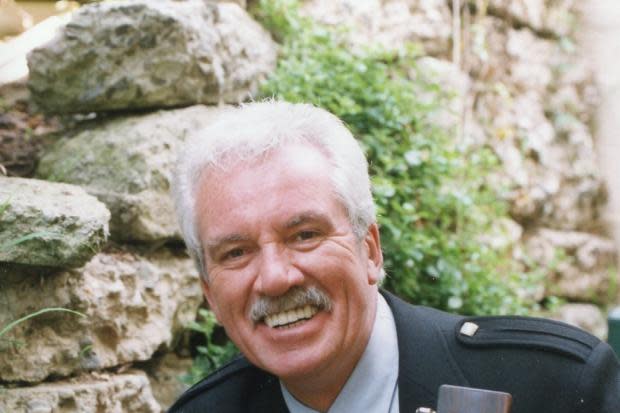 Alex Beaton, folksinger from Glasgow who rose to prominence in America

It was April 1964, and the record reviewer of the Glasgow Herald’s sister newspaper, the Evening Times, was impressed by a new single from a young band calling themselves the Cumberland Three.

The Glasgowians, he said, “reinforce their reputation as a folk band considerably” with the traditional song, Chilly Winds, which was “one of the most professional performances I have heard from a Scottish band “. Their harmonies are excellent. The single’s B-side – the band’s own composition, The Cumberland Crew – “will do them no harm as a team of songwriters”.

The trio – Alex Beaton, Brian Fogarty and Leonard Sturrock – had played jazz and folk clubs in Glasgow before being scouted and signed by a London agency. Settling in the capital, they appeared in folk clubs and even made their television debut, on the show Hullabaloo, in December 1963.

Both the single and its parent album, Introducing the Cumberland Three, were on Parlophone, the same label as The Beatles. But as Beaton would acknowledge: “The massive shift in pop music wrought by the Beatles and other similar bands resulted in the decline of exposure of folk music on television and radio.”

Recalling those days, he told an Evening Times interviewer in 1990: ‘We were on pork, with names like Robin Hall and Jimmie Macgregor and Josh Macrae. We had a great time. We spent 18 months in London, appearing on shows like Easy Beat and Three’s Company. Then the folk bubble burst. The Beatles have arrived.

“Brian and Leonard moved back to Glasgow to do other things, but I stayed in the music business. I emigrated to New York in 1965 – folk music was still huge there”.

Years later, a close friend of Dire Straits singer and guitarist Mark Knopfler asked Beaton if he had an extra copy of the LP. Knopfler, it turned out, had listened to him, at the time, and with a friend had performed Chilly Winds as a singer and rookie guitarist.

Beaton remained in the United States, building up a large and loyal following as he performed at Scottish festivals and the Highland Games there, becoming, in his own words, “Scotland’s most popular and popular folk singer. North America’s most beloved.

“I grew up listening to Alex Beaton at Kentucky Scottish Weekend as a kid,” reads a tribute. “Since then, his songs have been a constant source of comfort and refuge throughout my life.”

“He is one of the earliest memories we have of our time at these festivals,” said another. “A clear voice, an incredible storyteller and a mischievous twinkle in the eye”.

After emigrating from Scotland, Beaton had first lived with his sister and brother-in-law in New York and performed at an upscale restaurant.

In April 1966, he was drafted into the US Army, which was then involved in the Vietnam War. Enlisting for a third year, he chose to work on the military personnel, stationed in Alabama. His success on a talent show got him offered a job at the 3rd Army Soldier Shows. Later, he toured Europe with the 7th Army Soldiers’ Chorus.

After the army, he lived in Colorado, then in Arizona and southern California. He wrote songs for an army friend and won third place at the International Song Festival in the Country Music category.

It was during an appearance at a restaurant in California that he came to the attention of the Scottish Society of Los Angeles, who asked him to play their annual festival, in 1983. His record of Scottish folksongs was sold well there, and he was on his way to a new career.

A tall and distinctive figure with his kilt, guitar and easy-to-hear singing style, Beaton became a regular name at Scottish festivals and Highland Games circuits, where he appealed to American enthusiasts and nostalgic expats alike.

Beaton has remained forever true to his Scottish roots, co-founding the Glenfinnan Music label and releasing a string of albums including From the Sea to the Shore, The Water is Wide, The Road to the Isles, A Dream of Arran, Daft Ditties, and Beyond the Border.

In 1996 he began to organize annual tours of Scotland, which proved extremely popular.

While in his native country he recorded a few videos – Going Home and I Belong to Glasgow.

It was while he was filming the latter, visiting places as diverse as Barlinnie and the Burrell Collection, and hitting the water and Loch Katrine, that he spoke to the Evening Times. “I found happiness and success by going back to my roots,” he said.

A month after returning from one of these tours, in 2011, he suffered a freak accident at home, which left him paralyzed from the neck down. Over the past decade he has suffered from bouts of pneumonia and his prostate cancer has returned.

He passed away last month with his wife, Linda, by his side. He is survived by Linda, his brother Neil, his daughters Ali and Catie, his stepson John, his granddaughter Maggie, three nieces, one nephew, two grandnieces and three grandnephews.

He expressed the wish that his ashes be scattered in his native Scotland. In a post on his website, his family said, “He had a great life; lived it on his own terms and managed to carve out a career doing something he loved”.