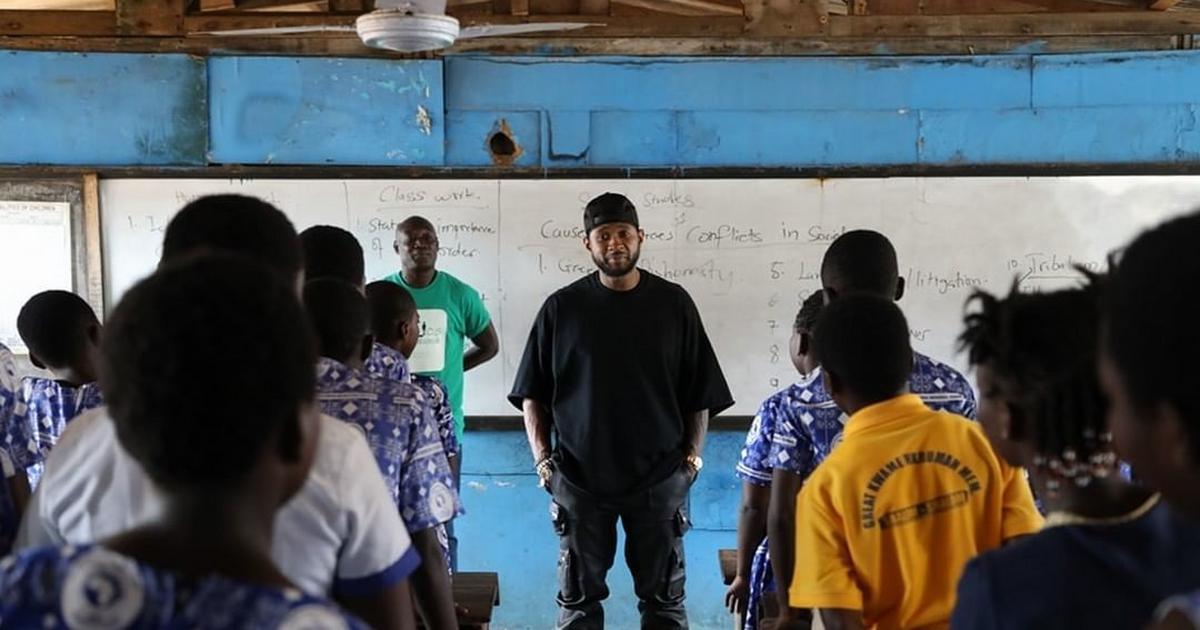 In photos released by the Ghana Tourism Authority, Usher visited an elementary school in the country’s capital alongside singer SZA, who is also due to perform at the Global Citizen Festival.

The students who met Usher couldn’t hide their excitement as they interacted with the star and also took turns taking pictures with the ‘U Remind Me’ hitmaker.

The 2022 Global Citizen Festival returns for its 10th anniversary on Saturday, September 24, 2022, to call on world leaders and big business to take urgent action for girls, for the planet, and to end extreme poverty NOW.

Artists such as Sarkodie, TEMS, Neil Young with Crazy Horse, Foo Fighters, The Black Keys, Band of Horses, K’Naan will perform at the Global Citizen Festival.

With two stages in international cultural capitals, the Global Citizen Festival 2022 will be broadcast globally from Central Park in New York, presented by Citi and Cisco, and Black Star Square in Accra, Ghana, presented by Harith General Partners.

It will be hosted by award-winning actor, playwright and activist Danai Gurira. Other presenters joining her include Berla Mundi, Joselyn Dumas, Michaela Coel, Nomzamo Mbatha and Sabrina Dhowre Elba.

How did the “Indian singer” achieve massive fortune in 2022?