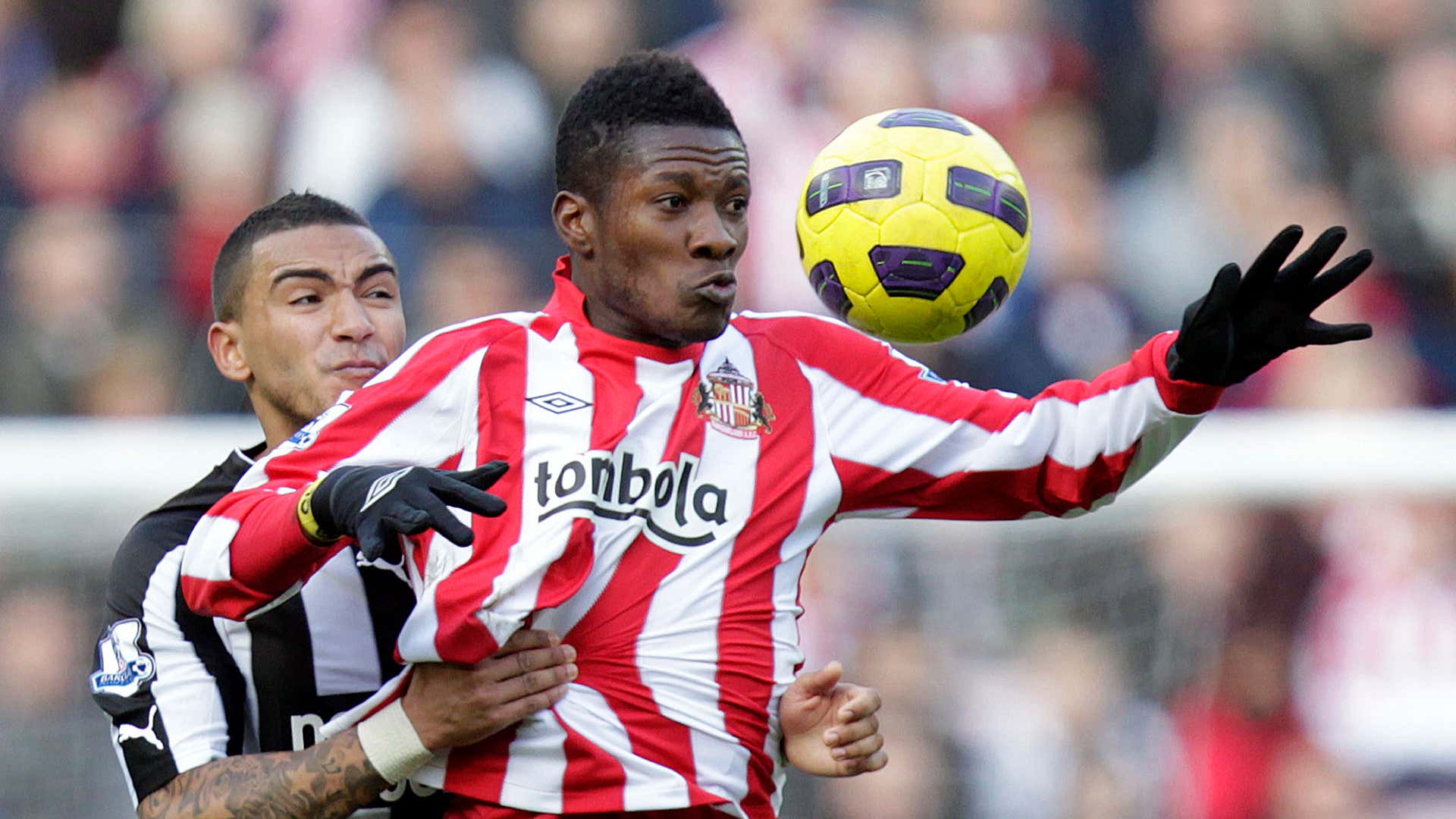 Casual African Cup of Nations watchers might have watched Ghana’s humiliating exit at the hands of Comoros and thought: “Hmm, they really need Asamoah Gyan up front. I wonder what he’s got. do.”

The answer? Almost everything.

Gyan has his finger in just about every pie in Ghana, with multiple businesses ranging from boxing promotion and gas stations to drinking water and instant noodles.

His most recent passion project has been promoting tennis in Ghana, with his company Baby-Jet Promotions sponsoring several events and tournaments across the country.

He said in September 2020“Ghanaians don’t follow tennis like they used to. I call on the media to pay some attention to tennis.

“Football is the No.1 sport and we respect that. But tennis is my second love, so that’s what I’m doing now.”

His new life on the tennis court got off to a rocky start when he had to apologize after he and his brother Baffour Gyan assaulted an opponent during a practice match in October 2020.

However, he remains involved in the sport in Ghana, even win a doubles tournament alongside his brother – also a former international footballer – in December last year.

He also tried to create his own airline, Baby Jet airlines, but the Covid-19 pandemic means its flight plans have yet to kick off.

Perhaps the striker’s most famous extracurricular activity has been his music career.

He has recorded three albums with hiplife musician Castro and the single “African Girls”, released at the peak of his career in August 2010, was a hit.

You can listen to the song below and it’s worth it – it’s a bop.

Now 36, Gyan has not played since last summer when he left Ghanaian side Legon Cities after failing to score in five league games.

However, in August he insisted he had yet to finish the game.

“I haven’t retired from football. There were a few injuries last season, but I haven’t finished playing football,” he said in an interview with Kesben FM.

“I may wake up one day and announce my retirement from football but at the moment I am active.

“People will criticize me but I only hope to get back to my normal shape and weight. If I’m not able to get my shape back then I’ll cancel it.

“I returned to Legon Cities and you could clearly see that things didn’t go to plan as I gained weight, but I’m giving myself another season and hopefully getting back into shape.

“And if I’m on my form, I don’t think I’ll be overlooked. So, as far as retirement goes, not now.”

The ability to invest so broadly comes from Gyan’s playing career, which has seen him plied his trade across Europe and Asia, scoring goals for any club that could guarantee a sizable paycheck to the weekend.

He joined Udinese from Ghanaian club Liberty Professionals as a teenager and after establishing himself in Europe, first in Serie A and then Ligue 1 with Rennes, he was snapped up by Sunderland for a club record 13 million pounds ($17.7 million) on the last day of the 2010 summer transfer window thanks in large part to his performances at the World Cup in South Africa.

Gyan scored two crucial penalties in the group stage to help his country qualify for the knockout stage and then the extra-time winner in the knockout round clash with the United States.

In the quarter-finals, Ghana looked set to become the first African side to reach the World Cup semi-finals when Gyan was handed a last-minute penalty against Uruguay – after Luis Suarez had deliberately handled the ball on the goal line. .

However, he hit the bar with his kick, and the Black Stars were then beaten in a shootout.

Gyan spent just one season at Wearside but remains a cult hero due to his habit of scoring key goals, including a 94th-minute equalizer against local rivals Newcastle United.

Gyan scored 123 goals in as many appearances for Al-Ain before joining Shanghai SIPG at the height of the Super League’s ambitious recruitment of foreign stars.

He is estimated to have earned £23.6 million ($32.1 million) during his two years in China, which worked at just under £3m per strike (eight goals in 26 appearances).

This makes it likely, despite his protests, that his days of taking football seriously are long gone.

Rather than being on the field, Gyan worked as an expert for Supersport Television during the African Cup of Nations. He remains among the most notable names from the golden age of Ghanaian football.

A story he posted on his instagram The page of a friend receiving a free £95 (£130) suitcase because the seller was a Sunderland fan illustrates what a big star the striker was in his prime and what influence he continues to wield on the African game and beyond.

So what has Asamoah Gyan been up to lately? Everything, everywhere and all at once.

Grace Weber, singer of the Packers anthem, prepares herself in a walk-in freezer