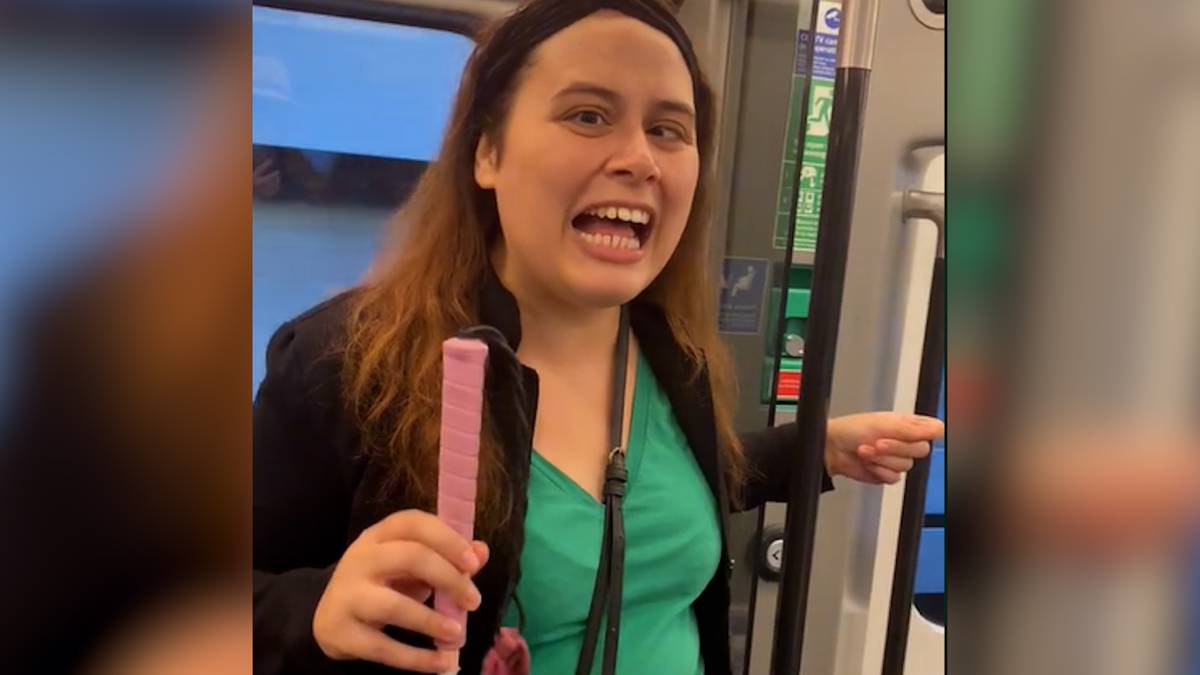 A Kiwi singer who has been blind since birth is proving an online hit with fans praising her “incredible” rendition of a Britney Spears hit.

Natalie Te Paa from the Auckland North Shore is no stranger to stardom, having first won the hearts of Kiwis with her performance on NZ’s Got Talent before moving to the UK and becoming a huge hit on line.

Her latest hit, performed solo with only her cane as percussion on the London Underground, was a version of Britney Spears’ hit Baby One More Time.

The clip has racked up millions of views since it was posted last weekend, with many saying it overshadowed Spears’ iconic performance.

“Britney who? You are so amazing,” said one fan.

Others praised his “insane” vocals in the short clip, which many said played on a loop.

A commentator jokingly complained about his improvised percussion.

“It’s not fair, she can carry her drums!”

“I always have my percussion on hand!” Tepa replied

Te Paa, who was born blind due to a condition called septo-optic dysplasia, released her debut single ‘Proud’ last year after returning to London to record it.

Her time in the UK capital saw her build up a large following on social media and included another viral moment when she received a Braille birthday cake at a London restaurant.

The clip was viewed by over 100 million people worldwide and saw Te Paa feature in US news.

Her fans have praised both her singing talent and her contagious positive attitude.

In 2013, Te Paa appeared on NZ’s Got Talent show, wowing the judges with her performance of Christina Perri’s “Jar of Hearts”.

In 2015, Te Paa provided the catchy chorus to Long White Cloud, the Paralympians’ song at the Rio 2016 Paralympic Games.

“Growing up blind was the best thing that ever happened to me,” Te Paa told Stuff that year.

Be You: Singer-songwriter Kelli Jones brings authenticity to the Acadian music scene | Entertainment/Life