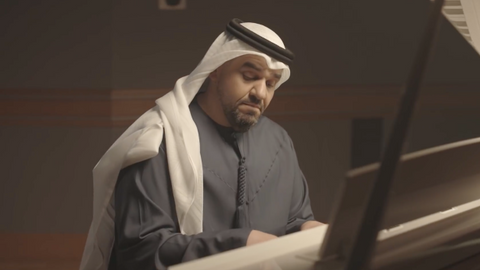 Hussain Al Jassmi releases a four-minute video as a gift to the Turkish people on the occasion of Turkish President Erdogan’s visit to the Gulf country.

The UAE-born artist performed a Turkish song in the original language as a gift to the people of Türkiye.

On the occasion of Turkish President Recep Tayyip Erdogan’s visit to the UAE, Hussain Al Jassmi sang the song “Bana Her Sey Seni Hatirlatiyor” (Everything reminds me of you) in Turkish.

The artist posted a four-minute video of himself performing in the song on his YouTube channel on Monday.

The video also featured views from Turkey and the United Arab Emirates.

On Sunday, Türkiye’s communications directorate announced that bilateral relations between Turkey and the United Arab Emirates and measures to deepen cooperation will be discussed during Erdogan’s visit.

The two sides also exchanged views on regional and international developments with the aim of establishing and maintaining peace and stability in the region.

Ties between Turkey and the Arab world are experiencing a major thaw after years of strained relations.

Al Nahyan’s visit to Turkey last November led to the announcement of a $10 billion fund for investments in Turkey.