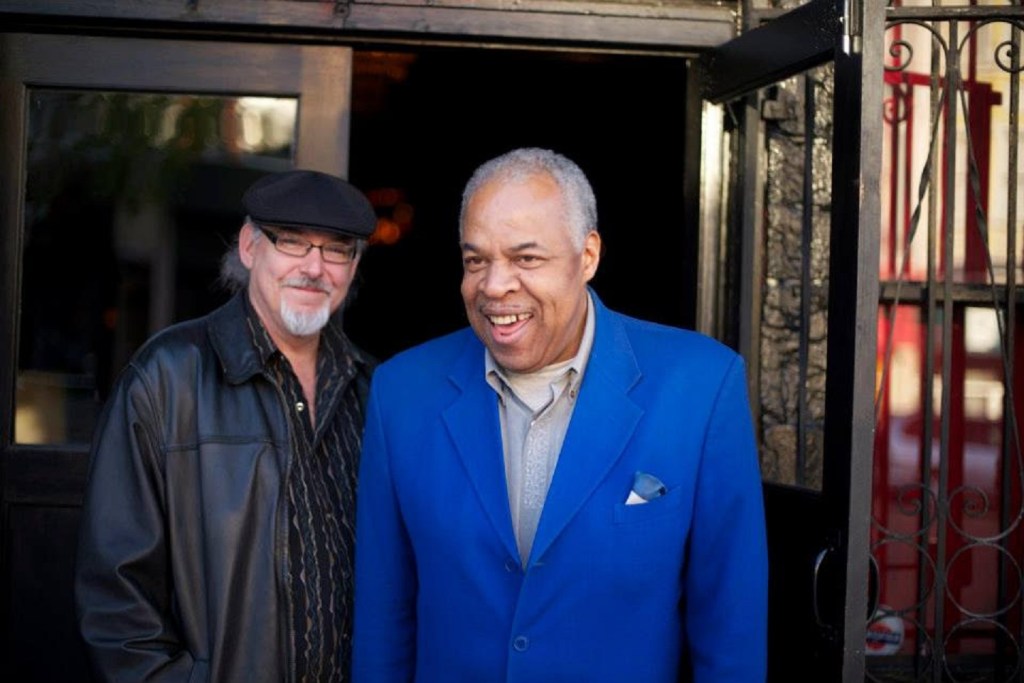 While Freddie Hughes’ recording career culminated commercially with the 1968 hit “Send My Baby Back,” the Oakland singer’s impact on East Bay soul and the Bay Area music scene in general is went much further than that.

Hughes, 79, died Tuesday in Kaiser Oakland of leukemia and complications from COVID-19, according to his son Derick Hughes, a former Tower of Power singer who toured for years with Roberta Flack.

Held in the highest regard by his peers over the six decades he was a mainstay of the Bay Area music scene, Hughes played a pivotal role in shaping the soul sound of East Bay. in a hugely influential era defined by black church-raised singers. fervent cadences of gospel music in secular contexts.

An ostensibly gifted singer as a child, Hughes was at Castlemont High School in Oakland when he began working professionally in various Oakland vocal groups in the mid-1950s. If talent alone had led to success in the music business, he would become a household name, said Johnny Talbot, a great friend of blues and R&B from Oakland, a close childhood friend who often collaborated with Hughes.

“I’ve worked with Lou Rawls, Aretha and Marvin Gaye, and Freddie was equal to any of those singers,” Talbot said. “He had a unique and influential voice. When you mention singers from this region, Freddie has to be on top. He had such a gift.

During his long career, Hughes got by working with stars such as Aretha Franklin, James Brown, Etta James and Ike and Tina Turner. As a recording artist under his own name, however, one stumbling block he faced was the side career of Southern California R&B singer Fred Hughes, with whom he was often confused (the YouTube credits often confuse the two artists).

It doesn’t help that he records so infrequently either, though every appearance is galvanizing, like his searing version of Paul Tillman Smith’s “Sharing” on Vitamin E’s 1977 single Buddah Records.

“Johnny Mathis and Freddie had the two most amazing voices in the Bay Area,” said drummer, songwriter and producer Tillman Smith, who featured Hughes on three standout tracks on “The Sounds of Oakland,” a new album celebrating the legacy of East Bay Soul and R&B.

“He should have been a superstar. But we didn’t have the songwriters or the production infrastructure here. We didn’t have Philadelphia International Records here.

Born August 20, 1943, in Berkeley and raised in Oakland’s separate Harbor Homes housing project, Hughes had four siblings. Like many African Americans drawn to the area by numerous jobs in the war industry, his parents came to East Bay from the Dallas/Fort Worth area. Her father, Fred W. Hughes, was a longshoreman and pastor who helped found the Good Samaritan Church of God in Christ of Oakland, and her mother Lola Mae Anderson was a singer and missionary.

Oakland was teeming with young talent in the 1950s. As a young man, Hughes sang in a choir that included Betty Watson and Edwin Hawkins, who later co-led the Edwin Hawkins Singers (the group that recorded the international gospel hit by 1969 “Oh Happy Day” at the Ephesian Church of God in Christ in Berkeley). ).

Hughes made some of his earliest recordings for Compton-based Melotone Records in the late 1950s with a vocal quartet called the Marketeets. He continued to sing in a variety of vocal groups and in 1961 had taken on The Four Rivers, a combo that caught the attention of Capitol Records in Los Angeles. But legal threats from the band’s former manager, who wanted to retain control of the band’s recordings, put a stop to any potential recording deal.

Back in the East Bay, The Four Rivers became a house combo for Ray Dobard’s Berkeley-based Music City label, singing for artists such as Richard Berry, James Brown and Big Mama Thornton. Seeking to forge their own path, Hughes and fellow Four Rivers singer Ken Pleasants began performing as a duo known as The Music City Soul Brothers, recording several singles, such as “Let Our Love Go On” by 1965.

“Together we have developed a style reminiscent of Curtis Mayfield and The Impressions,” Pleasants told UK music journalist Opal Louis Nations. “We sang double falsettos over the melody and harmonized on the bridges and rests.”

Hughes scored his big national hit with 1968’s pleading “Send My Baby Back,” entering the R&B Top 20. The success of the single, released domestically by Wee Records of San Francisco and internationally by Scepter-Wand Records, soon led to an album of the same name. The 2010 reissue from Ace Records, a British label focused on hard-to-find soul music, includes 14 bonus tracks covering much of its 1960s output.

While international soul aficionados were paying hundreds of dollars for his vintage 45s, Hughes was a lowly figure on the Bay Area scene. Over the past few decades, he’s played regular gigs at uncovered venues like Berkeley’s Cheese Board, where he often performed with Oakland blues band Kickin’ the Mule, and at the Mission District bar, the Royal Cuckoo, where he performed with keyboardist Chris Burns.

Chris Siebert, pianist of the Red Hot Skillet Lickers and husband of lead singer Lavay Smith, delivers the Royal Cuckoo (owned by Smith’s brother). Burns was speaking from the Hammond B-3 organ installed behind the bar shortly after the Cuckoo opened in 2011 when the unbilled and unannounced Hughes began singing without a mic and silenced the room.

Siebert quickly figured out who owned those glorious pipes, and Hughes and Burns became staples in the Cuckoo rotation. “We fell in love with her singing,” Siebert said. “His version of ‘A Change Is Gonna Come’ was as powerful as Sam Cooke’s. He was a beautiful boy and his delivery reflected the culture he came from in the Church of God in Christ. His voice often brought tears to our eyes.

Plans are underway for a jam session and memorial concert honoring Hughes. Details will be announced soon.

Grace Weber, singer of the Packers anthem, prepares herself in a walk-in freezer