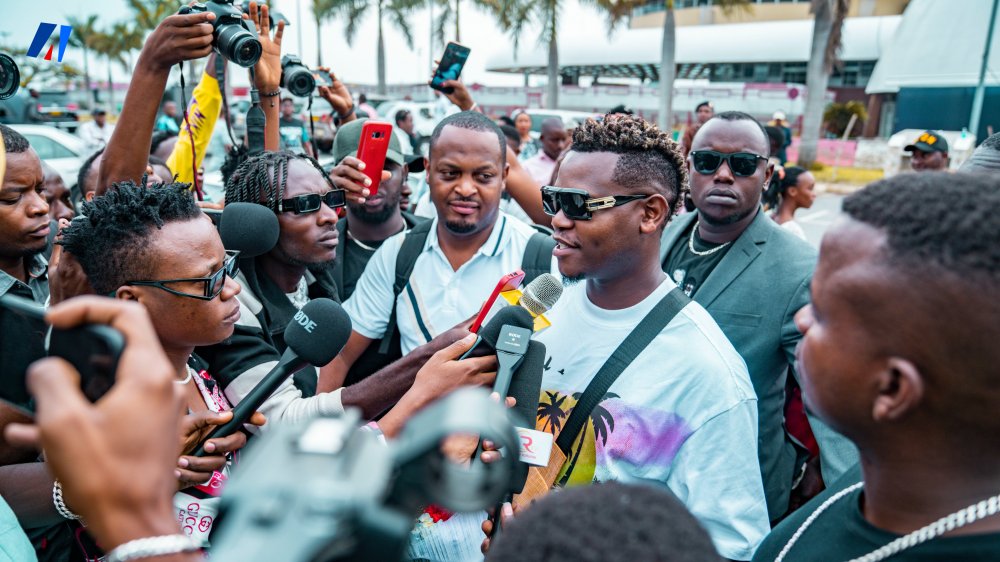 Burundi’s Information Ministry confirmed on Wednesday evening that Rwandan singer Bruce Melodie, real name Bruce Itahiwacu, was arrested upon arrival in the East African country following allegations that he reportedly wouldn’t refund the money he was paid to perform in 2018 but never showed up. The case is under investigation.

Media reports that Bruce Melodie was arrested as he was leaving Melchoir Ndadaye Airport in Bujumbura, ahead of two shows he is supposed to be hosting in the Burundian capital. At press time, it was unclear if the ‘Saa moya’ singer had been released or had reached a deal with the show’s organizer, but he was due to speak at a conference. Press.

On her social media posts, Melodie had announced plans to perform a VIP concert at Zion Beach on Sept. 2 and a regular show at the Officers’ Mess the following day, Sept. 3. Reports say he was arrested after briefing a press conference on his upcoming performance in the city.

@BruceMelody is in custody, under investigation for fraud.

Melodie is believed to have been arrested following allegations by a Burundian entertainment guru, known as Toussaint, who accused her of accepting a deposit on an earlier performance in Bujumbura, but does not is not presented or refunded the initial payment, which many artists receive in different ways. percentages before performance.

New media reports indicate that Melodie managed to seal a gentleman’s agreement with the plaintiff and was released after hours in police custody on condition that he repay the money to local promoters. However, later it emerged that a settlement had yet to be reached as the singer was willing to pay the amount owed, not an additional $14,612.4 as accrued interest and losses that the organizers said they had suffered.

The story is still developing…

After the success of ‘Sitare’, actor and singer Ayaan Khan is preparing for his next single ‘Adorable’