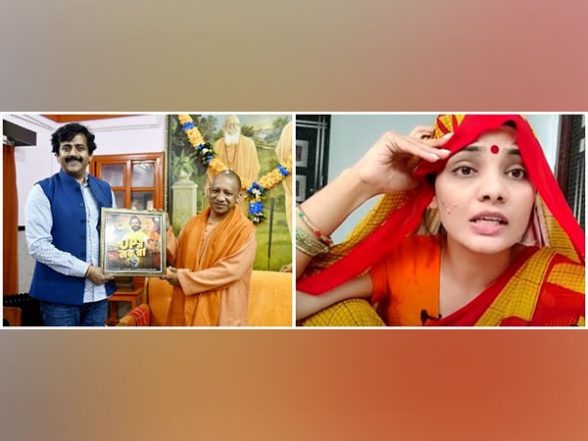 In her song titled ‘UP Mei Ka Ba’ (What’s in UP?), the Bhojpuri singer attacked the state government over issues such as the handling of the second wave of the coronavirus pandemic. COVID-19, the Lakhimpur Kheri violence and the Hathras rape case.

Rathore shared the song on his Twitter account and Youtube channel on Sunday, a day after Ravi Kishan released his song titled “UP Mei Sab Ba” (UP Has Everything).

In his song, the Gorakhpur MP praises the BJP government in Uttar Pradesh in a bid to woo voters ahead of the upcoming assembly elections in the state.

NCP leader Nawab Malik had recently shared Neha Rathore’s song on his Twitter account with the caption: “UP mein ka ba… Suniya jarur ba (What’s in UP… Must to listen)”.

Tiwari in the song pointed out that the construction of Ram temple started in Ayodhya and also criticized Samajwadi Party (SP) Chairman Akhilesh Yadav for his remark that Lord Krishna is fulfilling his dreams.

The counting of votes will take place on March 10. (ANI)

(This is an unedited and auto-generated story from syndicated newsfeed, LatestLY staff may not have edited or edited the body of the content)