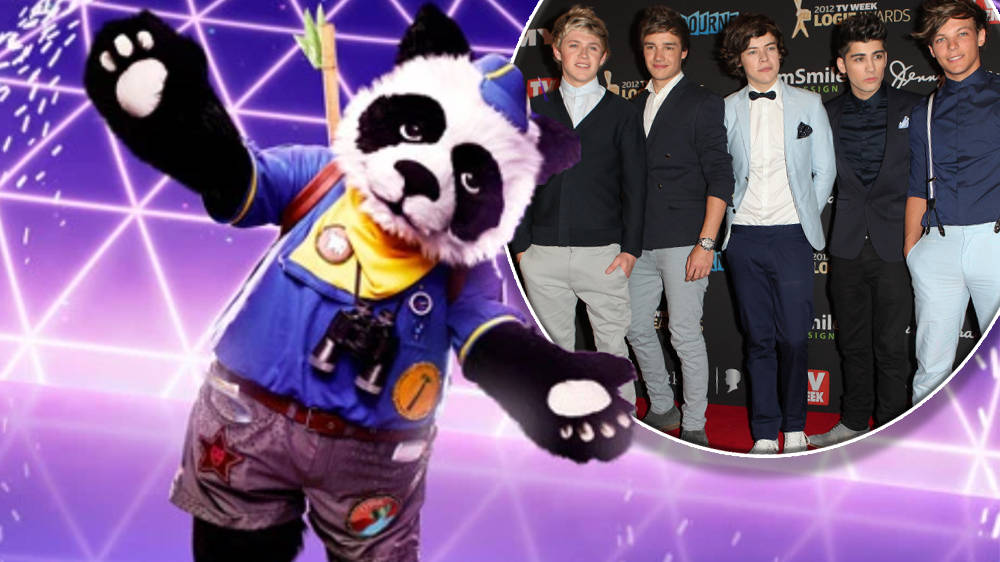 The masked singer’s panda gave a huge clue to their identity with their One Direction performance.

The ITV series sees celebrities dressed up as various characters as they let their performances hint at their identities and the Panda’s latest clue references One Direction.

Harry Styles admits he was ‘scared’ of One Direction’s ending

In the clues, Panda said, “I like to go my own way. Sometimes you find a fork in the road and make the choice to explore another avenue.”

The mystery artist then took to the stage to sing One Direction’s popular hit “Story Of My Life” and now fans are convinced they’ve discovered the connection between Panda and 1D.

Fans have speculated that the celebrity in the Panda costume could be Australian-British singer-songwriter Natalie Imbruglia, who was a judge at the X factor when Harry Styles, Liam Payne, Louis Tomlinson, Niall Horan and Zayn Malik were reunited in One Direction.

Another theory is that the Panda is Cheryl, who was also a judge at the time and dated Liam, with whom she now shares 4-year-old son Bear Payne.

Taking to Twitter to share their theories, one fan wrote: “Panda is Natalie Imbruglia, she was on the X factor panel when a leadership was formed.”

A third went on to say, “Surely Panda is Cheryl Cole? Her son’s name is Bear, sang in a sense and her child’s father is in a sense, was a judge on the X factor! #Panda #TheMaskedSinger.

“Panda must be Cheryl…lots of 1D references…and doesn’t she have a child named Bear? Eyes #TheMaskedSinger.

Panda is still in the competition, so fans will have to wait to find out who Panda really is.