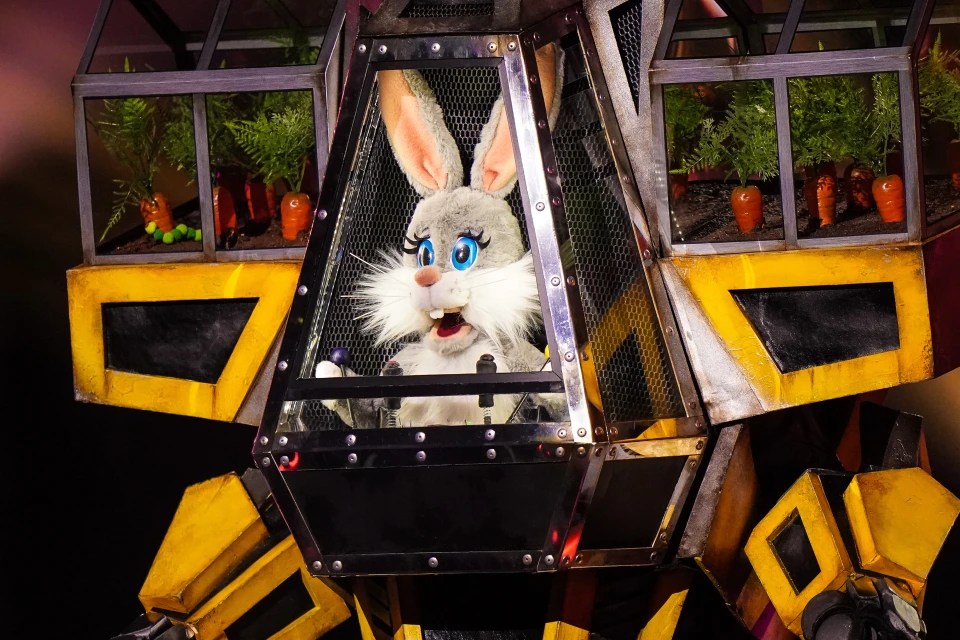 Fans of THE Masked Singer claimed that Robobunny was a pop megastar.

Westlife’s Markus Feehily has been touted on Twitter after some “blindingly obvious” clues tonight.

They thought it was him after the character announced that BTS hit Dynamite.

Robobunny also told viewers tonight, “At my last performance, the panel was deeply moved by my version of Shallow, but they still haven’t come up with a name that’s close.

“I love it. It is well known that rabbits come from large families. And this rabbit is no exception. You could definitely say that it was pappa rabbit who inspired my talent.

And another said: ‘Doughnuts is 100% Michael Owen, and I think Robobunny is Mark from Westlife’

Meanwhile, Roman Kemp was asked if he was the Masked Singer’s poodle live last week.

During a phone conversation, Eddie from Woking bluntly asked, “Roman, you’re not the poodle from The Masked Singer, are you?”

Early in the series, the poodle put the studio audience and jury on their feet with a knockout performance of Elton John’s Rocketman, but also sparked a debate about who’s behind the mask.

The colorful dog’s clue package had them in a nail salon with lots of references to queens, dogs, flamboyant and the Royal Variety Performance.

Poodle also filmed part of their package at a dog show class while throwing around the word “fabulous” a lot and that they “like a bit of glamour”.

“I once took really long walks,” Poodle said in the video.

The jury – Rita Ora, Davina McCall, Jonathan Ross and Mo Gilligan – thought fame might have something to do with drag queens and guessed it was Paul O’Grady, Adam Lambert, Michael Ball or Rylan Clark.

They pointed the finger at him because he has a show called For the Love of Dogs, performed in drag as Lily Savage for years and has appeared on the Royal Variety Performance several times.