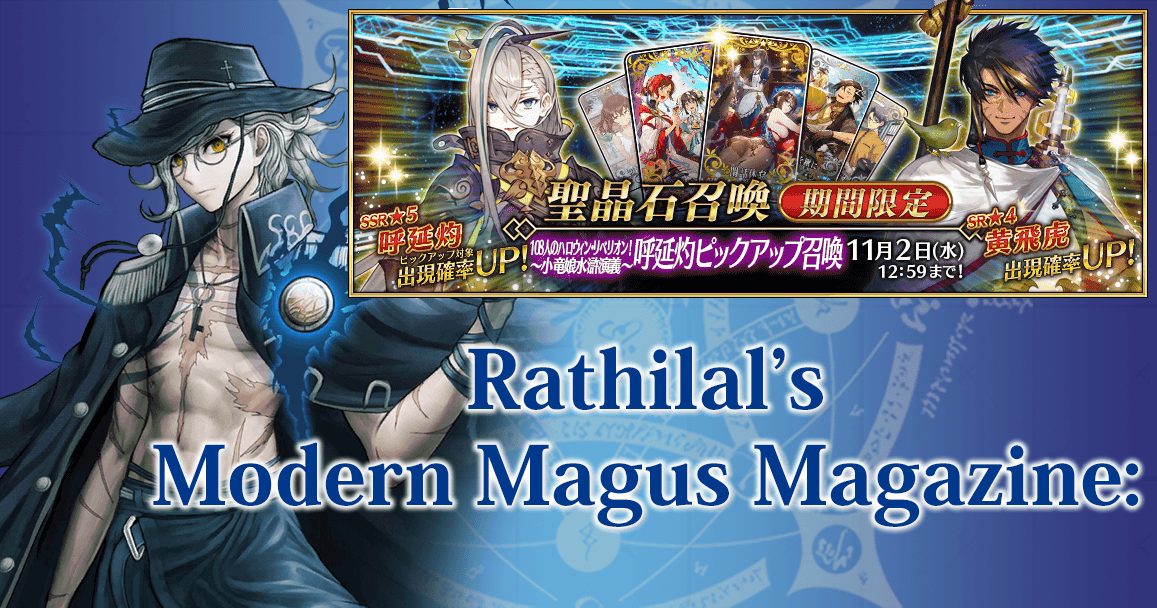 Huyan’s Noble Phantasm is Empusa Chain Tempest. I’m not going to ask why a Chinese minion has an NP named after a Greek mythological creature, but it’s fate, you learn not to ask questions.

It is a Quick AOE NP, which means we will inevitably be looking at it for farming purposes. But before that, let’s look at the effects:
First and foremost, this NP provides a quick 20% buff to Huyan for 1 turn, based on overload. Considering his offensive buffs have been pretty lacking so far, this gives a welcome boost to his NP damage. She then spreads the damage, with a +50% effective damage bonus against evil trait enemies.

While all alignment-based traits are inherently common among Servants, Evil is unfortunately one of the rarest, possessed by roughly a quarter of the Servants on the roster and only a small selection of generic enemies. It’s still quite common to spawn in regular fights against Servants, but contrary to expectation, we don’t fight actual “Evil” as often in FGO.

The final effect on this NP is one I particularly like, a flat 40% chance to stun all enemies for 1 turn. While it’s not an entirely unique effect, with minions like Bradamante, Parvati, and Tesla doing something similar, it’s still potentially powerful, especially in difficult content where you can be assaulting multiple powerful bosses that you would enjoy locking down for a ride.

40% is unfortunately a low stun chance, especially once you start adding enemy minions’ magic resist into the mix, reducing the chance to 20% or, if they have particularly good passives, 0% . But when you can land it on a strong enemy, it really pays off, especially if you can chain multiple Huyan NPs in succession.

But with all that, let’s talk about agriculture. With 8 hits on this NP, Huyan with his own active buffs gets a 20% refund on this NP against 3 targets. For a Quick NP, it’s frankly very high. It shows dividends when you start casting Huyan in a practical farming situation, with the support of double Summer Skadi and the good CE gauge of 50% NP, increasing its refund to 41% on neutral targets, with no Overkill. If you assume she hits Rider class minions, her class advantage, with Overkill on fatal hits, it basically rounds to 50%, easy enough to wrap around.

It’s just reviewing the refund, however. Damage output is another matter altogether. In the previous setup with double Summer Skadi, Huyan does a very mediocre 55.3k damage against neutral targets. While against horsemen or berserkers it’s enough to handle a farm run, once you consider it can receive a mystic code damage buff on wave 3, but it still doesn’t have the awesome look.

So, as always, we must turn our gaze to the savior of medium damage NP, Black Grail. In a setup with a non-LB Black Grail, 1k Attack Bishops, double Summer Skadi, and Queens on Battlesuit Swap, we get a working loop with around 65% refund per wave, dishing out 125k neutral damage across waves 1 and 2, with 142k damage on wave 3.

In most cases, that’s enough damage for universal farming, although it’s a little tight, both on the refund side and on the damage side. Add to that the fact that you have to swap battle suits AND run Reines with a Kaleidoscope (or Limit-Broken Imaginary with a level 10 mana loadout) and spawn his NP before Huyan on wave 1, that’s a pretty…rough configuration to work with.

As a result, I don’t think you can fault me ​​for concluding that you should probably continue to use Huyan against class advantage. It’s better for everyone’s sanity, even if the setup technically works consistently.