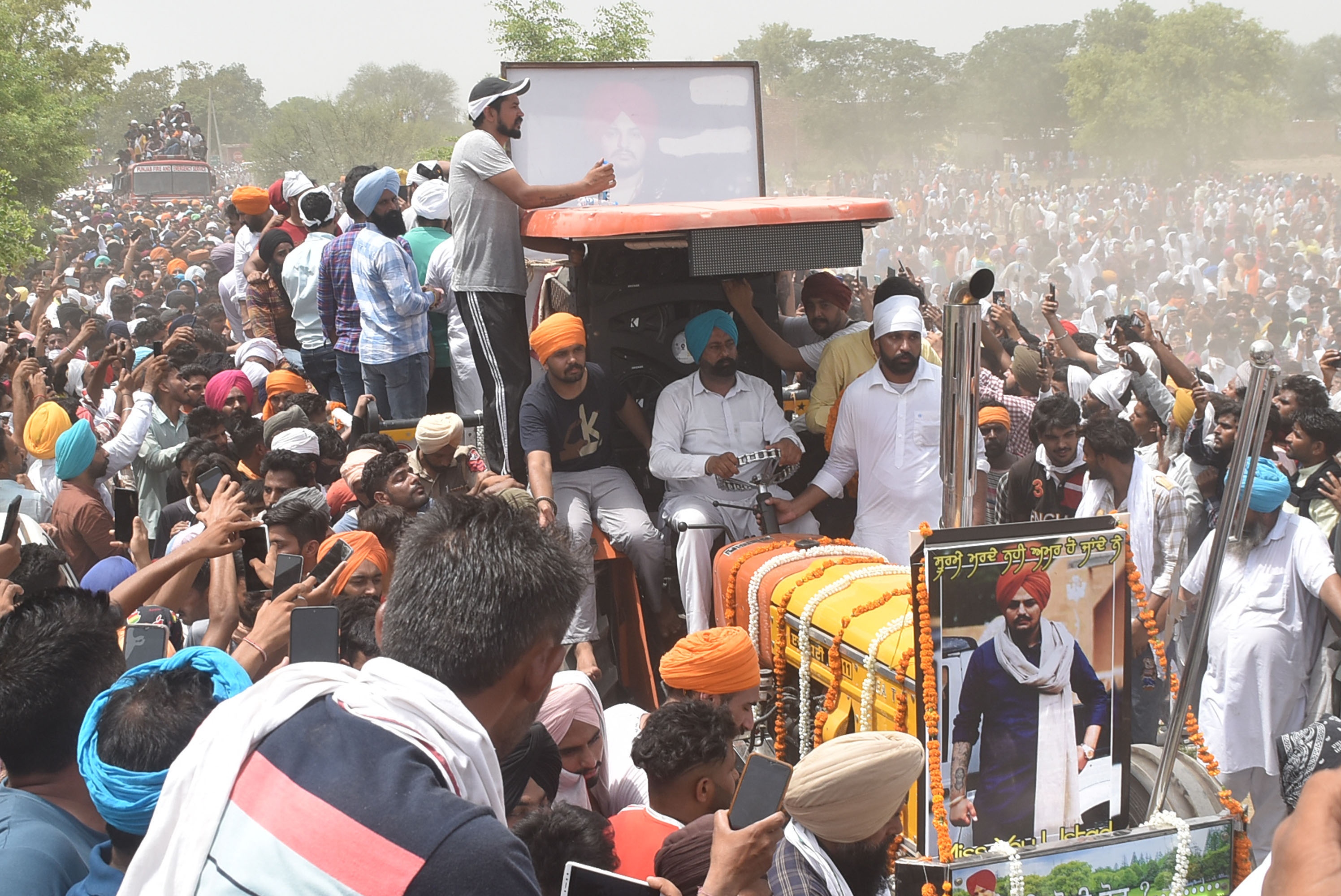 Thousands of people turned out to say an emotional goodbye to singer-turned-politician Sidhu Moosewala (27), who was cremated in his village of Musa in Mansa on Tuesday.

Read all news related to Death of Sidhu Moosewala

The singer’s body was brought from the civil hospital around 8:15 a.m. and kept at his residence, where people, especially young people, turned out in large numbers to pay their respects.

While the district administration had made arrangements for the cremation ground, the family decided to hold the last rites on their village land.

Moosewala’s body was transported on a trailer pulled by his famous HMT ‘5911’ tractor emblazoned with his photograph. A sea of ​​mourners followed the funeral procession to the fields, where the last rites were performed by her father Balkour Singh.

Overwhelmed by the outpouring of love and affection, the singer’s father removed his turban and bowed to the huge crowd in gratitude. Previously, his mother had attached the “sehra” (headdress) to the turban of the singer killed during his “last ride”. A large number of young people, many of whom wore T-shirts with the singer’s photo printed on them and holding his photographs, waved “Long Live Sidhu Moosewala” slogans. His female fans also turned out in large numbers.

MCom-chasing Shimla resident Tanu cycled with her brother from the capital of Himachal to get one last glimpse of her hero. A local girl told The Tribune how the singer paid school fees for all the girls in the village who wanted to continue their education and how he often showed up at the bus stop to protect them from eve-teasers.

The village has been in mourning since the killing. The villagers remembered Sidhu as a good human being. They recalled how Sidhu used to plow his fields and discussed ways to foster development in Mansa district.

On Sunday, unidentified gunmen shot Moosewala in the village of Jawaharke.

Touching gesture from the father

Overwhelmed by the outpouring of love, the singer’s father took off his turban and bowed to the crowd in gratitude. Earlier, his mother tied the groom’s ‘sehra’ (headdress) to the singer’s turban during his ‘last ride’

Tanu of Shimla, in pursuit of MCom, cycled with her brother from the capital of Himachal to get one last glimpse of her hero.