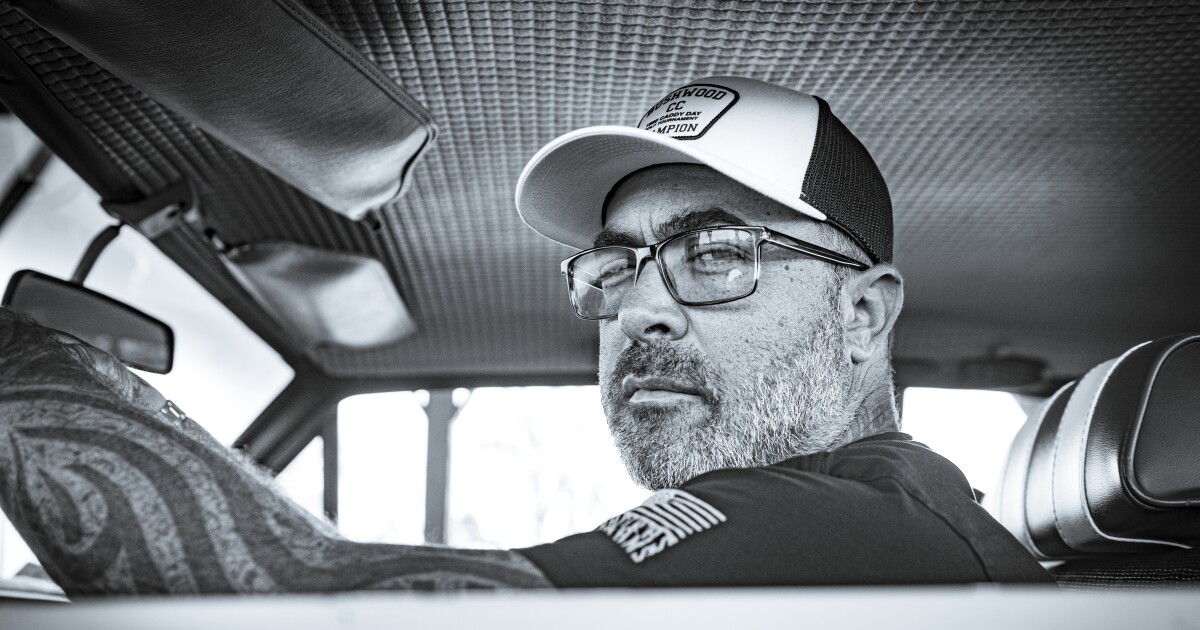 Singer Aaron Lewis thinks ‘maybe we should listen to’ Putin

The leader of Staind – currently on a solo acoustic tour who hits Cabazon for sold-out shows Thursday and Friday — expressed his conspiracy theorist perspective on Russia’s invasion of Ukraine last Thursday in Portsmouth, Ohio.

“You know, as crazy as it sounds, maybe we should listen to what Vladimir Putin is saying,” Lewis said in a monologue before performing his country hit “Am I the Only One”. “Maybe, just maybe, when [World Economic Forum founder] Klaus Schwab and [billionaire progressive investor] George Soros and all the other… earth-destroying mothers – all jumping on the same bandwagon, maybe, just maybe we should f – take a look at this. Why are they trying so hard to protect Ukraine? What do they all have to lose?

He had urged his audience at the start of his speech to “question everything” because “everything they tell you is a lie”.

Lewis also called COVID-19 vaccines “poison” and argued for the withdrawal of all elected politicians from the United States, on both sides of the aisle. He noted that the politicians are “the same people who convinced you that we all have to support Ukraine, even though all their money laundering schemes, all their everything, the way they get all their bribes wine and wash everything is all across Ukraine.

A spokesperson for the musician said in an email Monday: “As Mr. Lewis’s remarks are posted online, no further comment or explanation appears necessary.”

Lewis also highlighted a misleading video that was promoted on pro-Kremlin social media as evidence that “crisis actors” – people who travel from tragedy to tragedy and claim to be victims – are helping to create lies about the death toll in Ukraine.

Lewis was referring to a clip that shows news footage from a protest against climate change in February in Vienna. This video was recently captioned and twisted in several different ways to cast doubt on events in Ukraine.

Meanwhile, in present-day Ukraine, civilian bodies from some towns are piled up in mass graves.

“If you haven’t seen Vladimir Putin say he’s fighting the ‘deep state’ right now, meaning the same people we’re fighting, meaning the same people everywhere on the face of this earth people are fighting for freedom,” Lewis continued. “You know, we need to reassess and think about who it is, who these people are, what makes them worthy of us by putting all our faith and trust in these f— snake oil salesmen.

“It should be good tomorrow!” Lewis joked, apparently referring to what he expected to be reports like this. Then he launched into “Am I the only one”.

According to Los Angeles Times music critic Mikael Wood, this song “delivers the anguished thoughts of a proudly conservative guy troubled by what he sees as the encroachments of so-called cancel culture”. Lewis was a vocal critic of former President Obama and has railed in recent years against Democrats in general and President Biden in particular since his election.

As he finished his speech on Thursday, Lewis cast a pretty wide net, saying, “It’s the media. It’s the internet and the people who control it. Everything is against us in this room. All. Because when we lose, they win.

“Are you recording all of this? Can you send it to me when you’re done? an anonymous man can be heard saying in the background a video of Lewis’ speech. “I’ll give you my number.”

Babymama of singer Lyta, Kemi Ayorinde finds love again after separating from him

‘American Song Contest’: Who is Ryan Charles? The Wyoming singer is a freestyle rapper