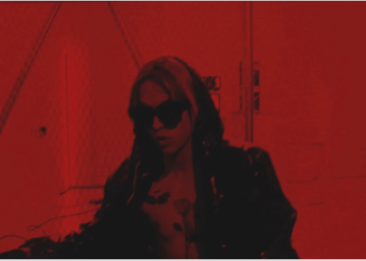 (YourDigitalWall Editorial): – Vancouver, British Columbia April 22, 2022 (Issuewire.com) – It was announced early on Monday (04) that Canadian-Portuguese singer and songwriter Saint Von Colucci is set to make his acting debut in a new Korean drama franchise set to premiere late next year on a major US streaming platform. The singer will play the lead role of a wealthy European exchange student who accidentally becomes a K-pop idol overnight.

Apart from acting in the drama, Colucci is also one of the main composers of the drama’s soundtrack. He is the lead writer for two tracks featured in the drama, called “OPPA” and “Pretty Lies.” The singer will release both songs ahead of the drama’s premiere for promotional activities.

When asked by a reporter about the inspiration for his song “OPPA,” Colucci said:

“They talk about these obnoxious young Koreans that I met during my two years of living in South Korea. They all hang around Gangnam…they all look alike. They all have the same hairstyle…the same style of dress but most importantly, they all have this feeling of superiority over any other race, even though they can’t put two complete sentences together in another language, especially in English.This type of entitlement makes me want to puke right in my face covered in makeup.

The song, like the drama, is a satire of K-pop idols and the hyallu phenomenon around the world.

Saint Von Colucci, 23, was born in Quebec, Canada, and moved to Korea about two years ago. To become a trainee, he also wrote and composed songs for other K-pop artists under various names.

Saint Von Colucci got his start as an actor and advertising model in Canada and began working in the entertainment industry in early 2015. Saint Von Colucci has come to life in many different countries, such as Brazil, Portugal, Spain and the United Kingdom, and as a result, he is fluent in five languages: English, Portuguese, Spanish, French and Korean. He is the second son of Geovani Lamas, CEO of IBG Capital, Europe’s leading hedge fund firm.

The drama is expected to start streaming online at the end of 2022. More details about the drama will be released during the press conference in September.