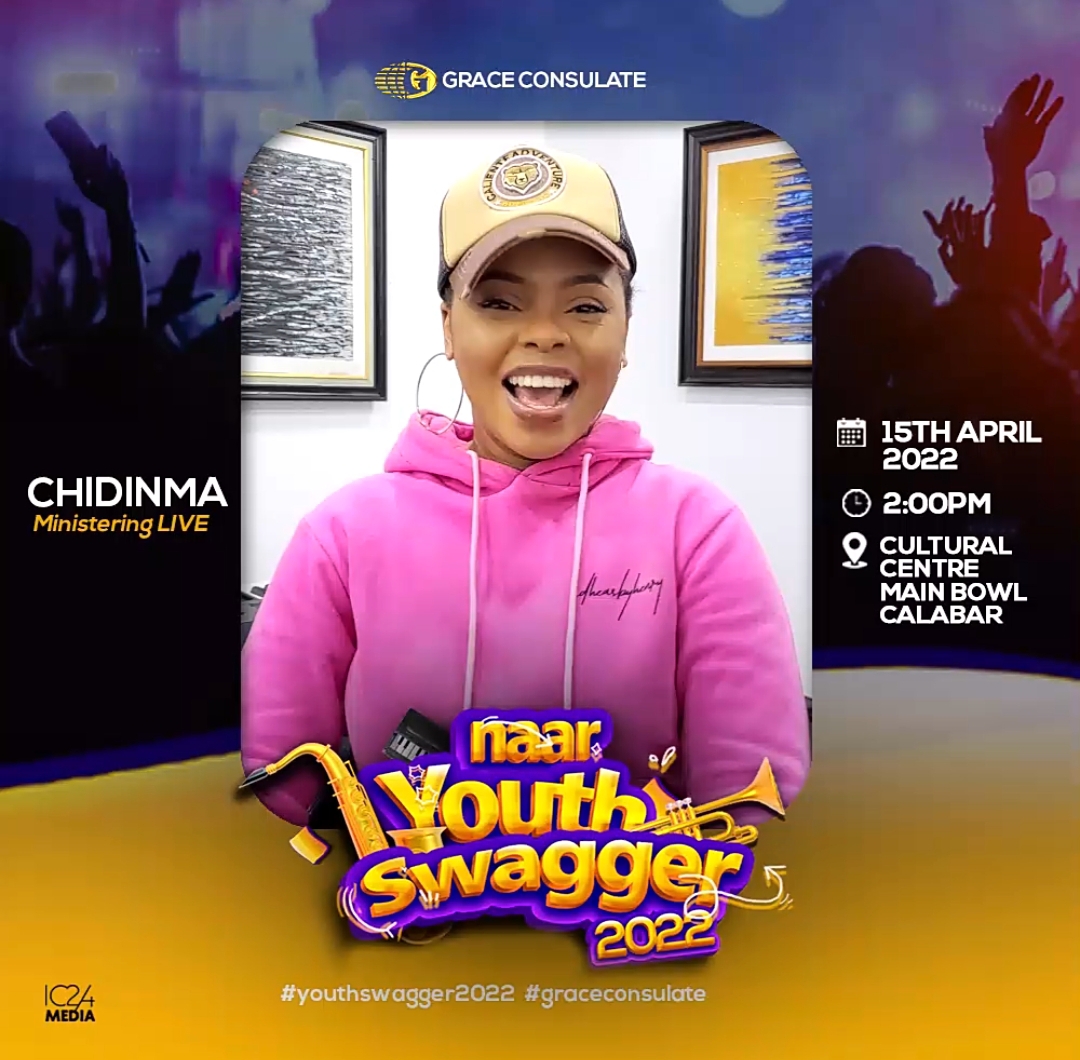 The 2022 edition of the Youth Swagger according to the organizers would be something huge.

Several people have already benefited from the free outreach yesterday while other components of the annual events are proceeding as planned.

The event is on the program of Grace Consulate which is held from April 13 to 15, 2022 in Calabar, capital of Cross River State.

Ita also said that the theme for the 2022 Youth Swagger (annual music-evangelical festival) is tagged “Glorify God” and will impact many lives – young and old, everyone.

“Remember that Youth Swagger was envisioned years ago as an evangelistic tool to win souls into the Kingdom of God through intense worship and praise, even more so through the various lineups of Gospels that we collect each year.

“Interestingly, this year’s edition will feature – Chidinma, GreatMan Takit, Simeon Douglas and a galaxy of other stars.

“With A-list programming and an exquisite roster of artists, this year’s Youth Swagger promises to be an atmosphere for God to be worshipped, exalted by us, his sons and daughters, so that he can act with the power of his power to save, heal and deliver by his Holy Spirit!

“It is expected that everyone in Calabar and beyond who loves good music and everyone who also needs Jesus as Lord and Savior but may not know it… This is for everyone… old, young, mom, dad, grandpa, kids, everyone and I mean everyone!

“This year’s theme, ‘May God Be Glorified’, was inspired by the Holy Spirit that indeed our God would be glorified.

“The implication is very simple… Every detail you will discover in this place when you enter is deliberately created for the Glory of our God! It is to highlight the splendor and beauty of God… He is the reason! “, we read in the press release.

Ita said the itinerary for this year’s edition is as follows: “Day 1 – Wednesday April 13, with free haircuts by professional barbers and free medical outreach, including healthcare education tests, malaria testing and treatment, distribution of treated mosquito nets and much more.

“While the second day, Thursday the 14th, is the ‘Marches of the Cross’… where we will have thousands of young people on the streets of Calabar, rolling a replica of the cross through designated streets of Calabar with trucks, sounds and gospel disc jockeys, proclaiming the name of Jesus Christ as Lord over the city of Calabar, Cross River as a whole… It will be breathtaking!!!

“All events will culminate in intense worship and praise, which is the mother of everything on April 15, Youth Swagger. Expect the unexpected, “Glorified be God”.

Meanwhile, Chidinma, GreatMan Takit, Simeon Douglas and others are already in Calabar for the event which ends Friday, April 15, 2022.

Did Britney Spears secretly marry Sam Asghari? Fans walk away after singer calls him her ‘husband’ on Instagram