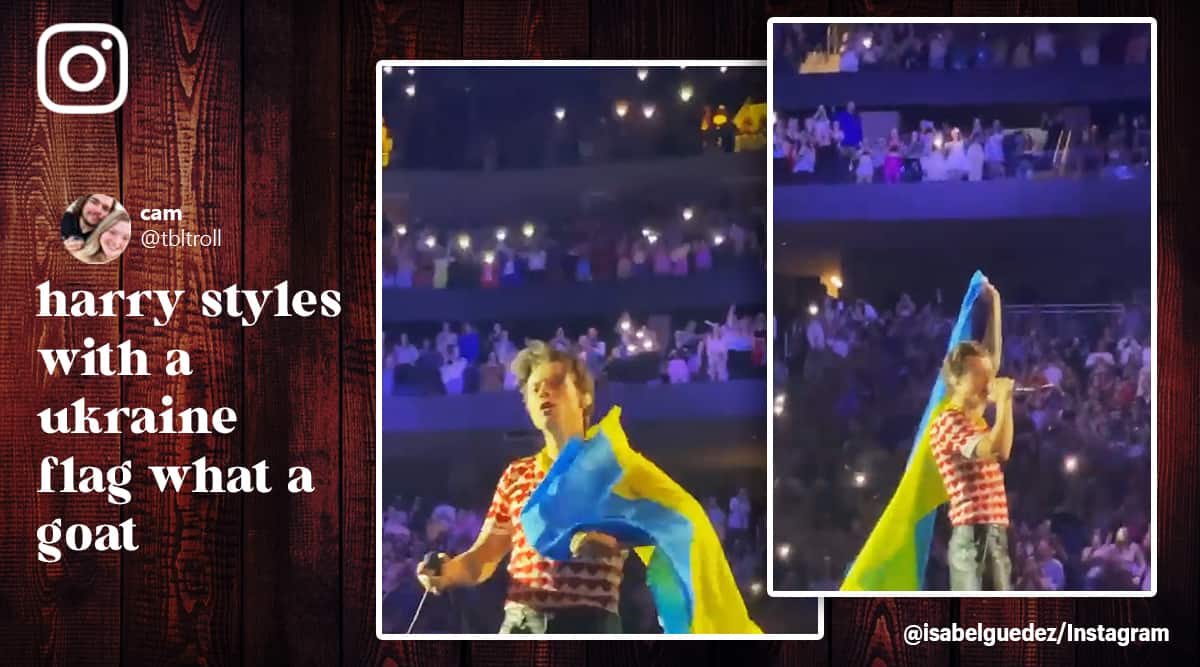 Singer Harry Styles waves the Ukrainian flag at a concert in New York, fans are moved

English singer and songwriter Harry Styles showed his support for Ukraine by carrying the war-torn country’s flag during his concert on Friday, in a gesture that quickly went viral and touched thousands of fans.

The ‘One Night Only’ concert, in which Styles performed songs from his new album HArry’s housetook place at Madison Square Garden in New York on the night of May 20.

Towards the end of the concert, Styles played one of his old hits, ‘Sign of the times’. It was during this track that the 28-year-old singer grabbed a Ukrainian flag from one of the fans in the audience and carried it with him onto the stage to the cheers of the crowd.

Soon, the photos and videos of the moment went viral on social media.

Harry Styles @Harry Styles took the stage with a #Ukrainian flag at a concert in New York during the performance of one of his best hits “Sign Of The Times” “
🇺🇦 #StandWithUkraine
🎥: @isabelguedez pic.twitter.com/eTe6pNc2JJ

Incredible, such young artists with human values, decency, empathy towards the suffering of Ukraine! Gives me confidence in our future! Thank you, such symbolic acts mean a lot, you influence the youth, thank you 🙏❤️

harry styles with a ukrainian flag what a goat

@Harry Styles holding the flag of Ukraine and singing ‘Will we ever learn? We’ve been here before” was so powerful to me. 🤍🕊

Today is one of many war days for Ukraine. Every day is a fight, every day Ukrainians are bleeding. But for me, as @Harry Styles today’s fan is much better than the rest because of the photos of Harry with the Ukrainian flag.#Harry Styles #Ukraine pic.twitter.com/ud8YSeSLrX

We watch #Harry Styles‘s One Night Only concert on Apple Live TV right now and just be grabbed a Ukrainian flag from someone in the audience. We love this energy, king. 🇺🇦

harry really went out of his way to wave the flag of ukraine and during the sign of the times it was such a meaningful moment as it reflects what is really going on in ukraine right now #HarrysHouse #Harry Styles pic.twitter.com/uNTlS8B29q

Anton Gerashchenko, a Ukrainian diplomat and former member of parliament, shared a video of the concert on Twitter. Responding to Gerashchenko’s post, a Twitter user wrote: “Amazing, these young artists with human values, decency, empathy towards the horrors of Russian actions in Ukraine! Gives me confidence in our future! Thank you, such symbolic acts mean a lot, you influence the youth, thank you 🙏❤️”

Earlier, heavy metal band Metallica and Irish rock band U2 expressed solidarity with the Ukrainian cause after Russian forces invaded on February 24 this year. As Metallica launched a t-shirt sale, with proceeds going to a charity that supported Ukrainians, U2 pperformed a free concert in the country’s capital, Kyiv, with the aim of extending the healing touch of music to struggling Ukrainians.

A closer look at the life, career and lifestyle of an American singer in 2022!!