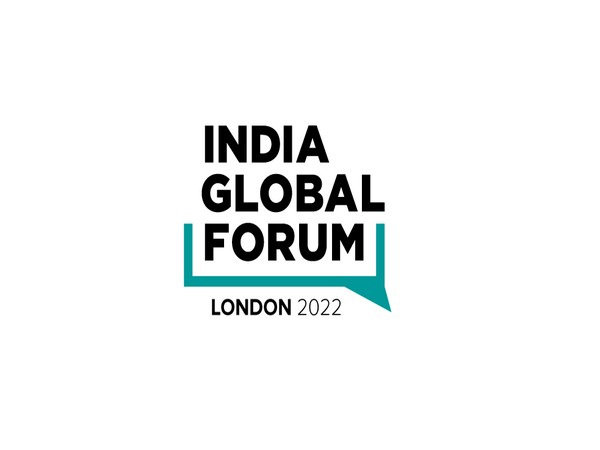 London [UK]/ New Delhi [India] July 4 (ANI/BusinessWire India): The UK-India Awards, organized annually by the India Global Forum (IGF) headquartered in the UK, celebrate all companies, organizations and individuals who work tirelessly to make UK-India partnership a winning proposition across the board. sectors, marked the culmination of UK-India Week 2022.

The guest of honor at the fourth annual UK-India Awards at Fairmont Windsor Park near London on Friday evening (July 1) was Britain’s Chancellor of the Exchequer, Rishi Sunak, in the honor for his own dedication to strengthening this important bilateral relationship.

In a moving speech, Chancellor Rishi Sunak said: “My story, my family’s story, is really our story. The story of Britain’s 1.5 million Indians.”
“These values ​​not only define our past. They pave the way for our future. Because ultimately, no matter how strong our shared history, those of us who care about the relationship between our country of origin and the nation we call home must avoid falling into the trap of nostalgia. India does not look back. And neither do we. We must move forward.
“A relationship rooted in those enduring values ​​of hard work, sacrifice, education, family and service. But a relationship reinvented. Where the brightest talents from both our countries come and go to study and work. Where we are close business partners on goods and services. And where we freely exchange world-class ideas and innovations. All in a partnership of equals.”

Reflecting on his childhood, the Chief Cabinet Minister added, “I learned early on that family is important. Families bring up our children and teach them good conduct; support us, unconditionally; transmit culture, religion , identity. No government could even begin to replicate the deep bonds that form in family.”
“And like so many British Indian families, of all faiths, we have come together to serve the community. And still do. This Sunday I will be at the Mandir in Southampton, where I grew up, for our family day of prayer We will cook and serve lunch for the whole community, as we do every year.”
“Because that’s the lesson I learned from my parents. An ethic of service. Whether it’s working in the store, or delivering medicine to the elderly at home, or even just walking around town, people would stop and thank my mum and dad. I found that incredibly inspiring. And that’s ultimately why I became an MP. I want to have the same impact on my constituency in North Yorkshire as I did on our hometown.”

The awards are the result of in-depth deliberations by an eminent jury:

– Professor Soumitra Dutta, Dean, Said Business School, University of Oxford
– Lord Jitesh Gadhia, MP, House of Lords
– Kate Hampton, CEO, Children’s Investment Fund Foundation (CIFF)
– Harpreet Kaur, BBC Apprentice 2022 Winner, Owner, Oh So Yum
– Andy Street, Mayor, West Midlands
Professor Manoj Ladwa, Founder and CEO of IGF, said, “IGF seeks to open the opportunities of a new global India to the world by engaging the best minds in the most incisive conversations and debates. It’s about setting tomorrow’s agenda today!
“The past two years have been difficult. But with challenges come opportunities to reimagine our future partnerships and achieve that quantum leap that Prime Minister Modi hailed as being within our grasp. These awards are meant to celebrate that reimagining of the UK-India partnership.”

In a potentially busy week, senior ministers, lawmakers, business leaders and influencers addressed the central theme of UK-India Week 2022, celebrating 75 years of UK relations -India with [email protected] The week opened on June 27 with the Creative Industries and Cultural Economy Seminar at the Nehru Center in London and has since covered the Climate Finance and Technology Summit and Strategy Forum at the Taj Hotel, London. .

UK-India Week is organized annually by the IGF to celebrate the many facets of this important bilateral relationship. The 2022 edition (June 27 to July 1) was loaded with a packed agenda, covering trade and economic exchanges, climate action, health, technology, innovation and much more.

For this special Chairman’s Choice Award, the India Global Forum celebrates a very special person who came to the UK, overcame adversity and is now an icon who, with his enchanting voice, fascinates millions. Kanika Kapoor was born and raised in Lucknow, Uttar Pradesh. From Mumbai to the UK in 1998, Kanika straddled her musical career between India and the UK, winning numerous accolades over the years, including chart-topping and globally acclaimed tracks like ” Baby Doll” and “ChittiyaanKalaiyaan”.

Lifetime contribution to UK-India relations: Baroness USHA PRASHAR
One of the evening’s most coveted awards honors and celebrates a lifetime of contribution to public service and to UK-India relations. It takes dedication, perseverance and courage to consistently stand up and be counted for what you believe in. The lifetime contribution recipient is one of these ladies. Born in Kenya, Usha Prashar came to the UK in 1964 to complete her A-levels, before earning a degree in politics and sociology from the University of Leeds and earning a master’s degree from the University of Glasgow.
Now President of the Federation of Indian Chambers of Commerce (FICCI) in the UK, she provides expert advice and guidance on issues of policy and opportunity to governments and business leaders.

Legal Practice of the Year: CYRIL AMARCHAND MANGALDAS
CAM, as it is now widely known, is India’s largest law firm, led by the immensely respected Cyril Shroff.
No discussion of Indian business laws is complete without the CAM perspective. Over the past year, CAM has advised the UK Government on the ongoing India Free Trade Agreement negotiations.

Financial Services Organization of the Year: ICICI BANK
ICICI Bank is one of the leading multinational banking and financial services institutions in India. It is present in more than 15 countries and continues to grow.
Under the leadership of Loknath Mishra, ICICI UK prides itself on its digital banking offering, with customers able to open a checking account in minutes. ICICI Bank’s NRI services and provision of 24/7 support make it a go-to bank for transactions between the UK and India.

Tip of the Year: GRANT THORNTON
Grant Thornton is one of the most dedicated supporters of Indian companies investing in the UK. Its annual ‘India Meets Britain’ tracker is always eagerly awaited, as is its annual ‘The Diaspora Effect’ report on the impact of Indian-owned British businesses in the UK, which it co-produces with FICCI UK.
Grant Thornton is one of the most trusted names in the UK-India corridor, with much credit to partner Anuj Chande and business development manager, Chandru Iyer.

Technology Company of the Year Award: HCL TECHNOLOGIES
Founded nearly 50 years ago, HCL is one of India’s first IT garage start-ups. Today, it operates from 52 countries, with revenues of over $11 billion.
In the UK, HCL has been recognized as a UK Top Employer for 15 consecutive years and for its notable CSR support during the Covid pandemic to charities such as Prince’s Trust and Save The Children.

Investment of the Year Award: RELIANCE INDUSTRIES
Reliance Industries The £125m acquisition of UK-based sodium-ion technology company Faradion signifies a major shift in UK-India collaboration for climate action.
It is a shining example of British innovation responding to India’s manufacturing and scale opportunities, creating jobs and business opportunities in both countries.

New Market Entrant of the Year Award: TIDE
Launched in 2017, London-based Tide is the UK’s leading commercial finance platform for SMEs.
It has chosen India as its first international market in 2020 and now employs more than 350 highly skilled workers at its technology center in Hyderabad, with plans to expand further.
Tide has set ambitious plans to incubate 500,000 women-led SMEs in India by the end of 2027 and recently launched the Tide Women Entrepreneurs mentorship program.

Business Advocacy Organization of the Year: WEST MIDLANDS INDIA PARTNERSHIP
The West Midlands, dubbed the ‘beating heart’ of UK-India relations, is home to the second largest Indian diaspora community in the UK.
It is therefore not surprising that it receives the second highest amount of Indian investment after London.
Much of the credit goes to the recently established West Midlands India Partnership and its comprehensive strategy in India.
*At judging, Mayor Andy Street opted out of this category

Social Impact Project of the Year: AKSHYA PATRA FOUNDATION
Akshaya Patra is the world’s largest midday meal provider for underprivileged children. It has provided over 3 billion meals across India, linking the need for education with the need for food.
During Covid, Akshaya Patra launched a state-of-the-art kitchen in Watford through which more than 500,000 nutritious Ayurveda-inspired vegetarian meals are provided to those most in need. The charity has also been extremely active in providing food aid to war victims in Ukraine.
* During the judgment, Lord Gadhia withdrew from this category
India Global Forum (IGF)
This story is provided by BusinessWire India. ANI shall in no way be responsible for the content of this article. (ANI/BusinessWire India)