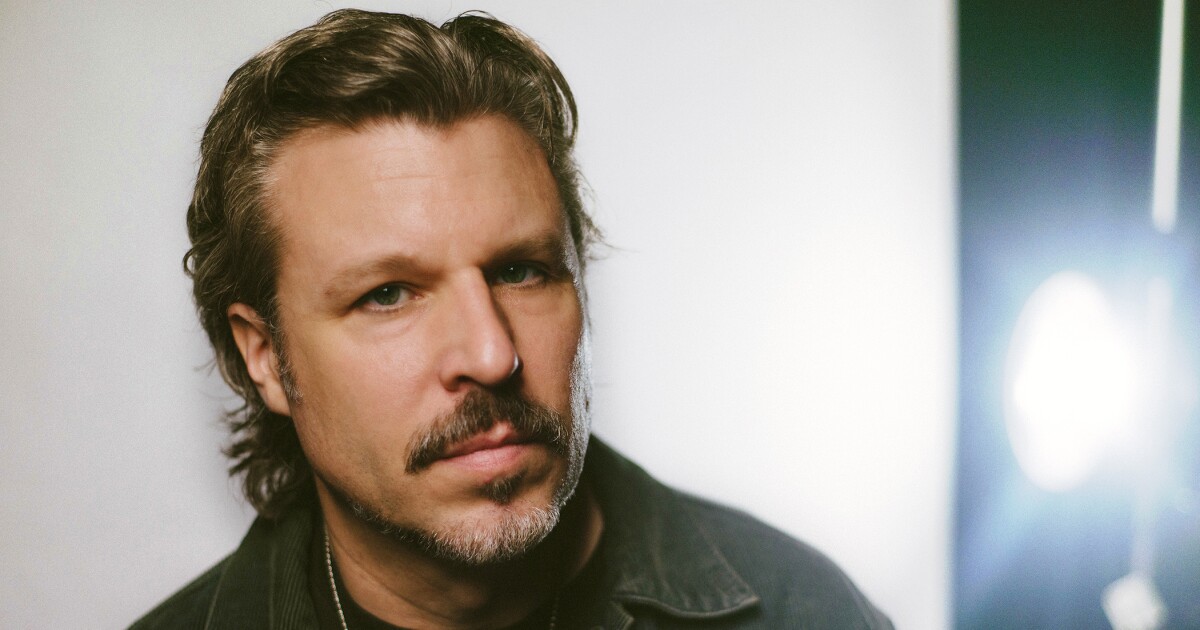 Hailing from Champaign, Illinois, now Nashville-based drummer and singer-songwriter Matt North has been entertaining people for years, through television, film, comedy writing — songs and scripts — and music. as drummer with Maria McKee, Peter Case, LA punks Les Buxotics, Jesse DeNatale, Blondie Chaplin (rolling stones, Beach Boys), appeared on television Curb Your Enthusiasm, opened for comedians Jimmy Fallon and Dave Chappelle, and while living in Haight-Ashbury shared a room with Patton Oswalt and Mitch Hedberg. North also wrote an award-winning screenplay; quite a trip he made. North has just released his second solo album, Bullies in the backyard. These ten songs are filled with anguish, humor and tenderness. The album was written during a seven-year court battle over violations of his son’s special needs by Nashville Public Schools. The Federal District Court’s verdict set precedents in Tennessee that now benefit families facing similar challenges across the country.

Ana Lee: Congratulations on the release Bullies in the backyard, Mast. Can you tell us a bit about your background? What music inspired you growing up, playing drums in Champaign, the impetus for your moves to San Francisco, Los Angeles and finally Nashville?
Mast: Kris Kristofferson inspired me growing up. I was a kid in the 1970s during the heyday of Hee Haw and Soul Train, and both shows built my DNA as well. I remember noticing how Kristofferson wrote songs, recorded albums, and showed up playing characters in movies. He was my “north star” and inspired me to be a musician first and foremost, but after seeing Kristofferson, Dolly Parton, David Bowie, Tom Waits and Levon Helm appear in the movies, I just assumed I was allowed to try both. In my twenties, I explored curiosities beyond music and had some success, but for the past twenty years, it’s all been music.
Growing up in Champaign, MTV invaded our homes in 1980 and I played drums in bands trying to be like The Replacements, The Clash, and especially the REM Champaign music scene was a treasure trove. Rolling Stone once called it “Little Nashville”. Before DJs took band work to private parties, my drum teachers passed on gigs to me and I started working professionally at thirteen. Allison Krauss was from Champaign, and I grew up playing with her brother, Viktor, who has been Lyle Lovett’s bassist since 1994. My biggest influence was the late Jay Bennett, Wilco’s guitarist on their first four albums. Before Wilco, Jay was in all the cool local bands and I’m lucky to have been able to play with him growing up.
Music drove me to move to San Francisco, but getting a job as a fact-checker for Mother Jones magazine was a soft landing. Green Day and Cake were the next local bands and I looked for any songwriter in need of a drummer. I spent my Sunday nights at the Open Mic at the Punchline Comedy Club, where I met Patton Oswalt, Mitch Hedberg and Marc Maron too – who’s a fantastic blues guitarist, by the way, and we spent good times playing together. I moved to Los Angeles in 1997 after signing a writing contract with ABC. It was one of those crazy Hollywood things that never took off, but the money kept me writing all the time for two or three years. I made it my daily job. I wrote scripts, read hundreds of scripts, wrote songs and played drums for bands until my wife and I moved to Nashville in 2010 just in time for our son to start kindergarten here .

Ana Lee: A seven-year court battle sounds like a very tumultuous time for your family, but the results have had huge benefits for families across the country. I’m sorry you had to go through this, do you feel a sense of accomplishment after the decision that now benefits families across the country?
Mast: We do. Yet, above all, we feel disbelief that so many families across the country live just to get a proper education for children with learning differences. It was the David and Goliath fight of our lives. Metro Nashville Public Schools and its lawyers wasted hundreds of thousands of taxpayer dollars just to keep a child, my child, from getting a proper education and we kind of beat City Hall. When the winning verdict arrived, we weren’t ‘high fives’. There was no lap of honour. I just remember collapsing on the floor. My son is an only child with severe learning differences, and when his mother and I are gone, what will take care of him as an adult? One answer: his upbringing. We were told he would never go beyond fifth grade math or learn to read. He’s 17 now and just got an A in geometry, he’s been inducted into the National Honor Society, and he plans to go to college. Imagine if Metro’s lawyers could stop this.

Ana Lee: In this collection of songs there is humor, anxiety, and a lot of tenderness too. You have so many creative outlets, including writing a screenplay that led to a gig as a story analyst. Talk a bit about your songwriting process and how scriptwriting, acting, and drums and guitar come together in your songwriting?
Mast: Everything is storytelling. I haven’t been close to screenwriting or acting or comedy in years, but the deep focus I’ve given to each skill is paying off because not many songwriters come with this experience. Screenplays use techniques so the reader can see the movie in their head. A film’s number one job is to make people feel. It’s the number one job of a song. I feel like the songs that move people are the ones that make us think of little movies, so I incorporate all of those cinematic techniques when I edit the lyrics. Living with comedians like Patton Oswalt and Mitch Hedberg, I learned that I was “a musician who could do professional comedy” because I saw with my own eyes that comedy was all they thought at the time that music dominated my imagination. Still, I did some of the best comedy in the business for ten years and it shaped me as a writer. Comedy has always been my way of being very serious. The more a song makes listeners laugh or smile, the more listeners will accept the darker places.
The drums make me a little different as a songwriter. Once I have the lyrics, I play my drums and sing the song like Levon Helm until I find the right groove for the vocals. Most songwriters start with the guitar, but that’s the last place I go. The drummer puts the frame around the song like a frame around a painting. Thus, drummers are often the primary producers of each song, even though the songwriters may disagree. The drummer inside me and the songwriter inside me argue a lot about this.

Ana Lee: You have assembled an all-star team to Bullies in the backyard. Tell us about the recording of the album here in Nashville, who you worked with to produce and mix and the musicians on this record.
Mast: “Solo albums” do not exist. I produced it, but if I have a talent, it’s that I know who to hire. It’s a full band album, the same guys on every track, and I feel the cohesion goes from song to song. Stuart Mathis is part of Lucinda Williams’ group. If David Bowie were alive and looking for a guitarist in the spirit of Mick Ronson or Earl Slick, Bowie would love Stuart Mathis. Chris Donohue is the bassist for Emmylou Harris’ band. He’s also worked with Elvis Costello and Robert Plant, but Chris and I are bonded by our love of old Kiss and The Velvet Underground records. I discovered the keyboard player, Michael Webb, on records that Dave Cobb produced like Sturgill Simpson and Chris Stapleton. Keyboardists are often classically trained and it’s hard to find those who understand “piano rock and roll”, but that’s where Michael Webb lives. I don’t hire musicians to play what’s in my imagination as a writer. I hire them to give what’s in their imagination. With these guys, my only rule as a producer was “it’s a big mistake to put a saddle on a mustang”.
Jim Scott mixed the record. He won the Grammy for mixing “Wildflowers” by Tom Petty, I was lucky, right? Jim has been in the business since the late 70’s and again my super power is knowing who to hire. He mixed a lot of records from Wilco, Los Lobos, Rolling Stones, Kathleen Edwards, and I still pinch myself sitting next to him for seven days to see how he does what he does. Jim’s genius is that he becomes the last member to join the band and his studio is his instrument. When you listen to all of Jim’s work, you notice the music – you don’t notice “the blend”.

Ana Lee: I love the drums that start the song “The Last Angry Man”. I guess it’s you on the album but you play acoustic guitar in the video and electric in the “Plan B” video. Tell us about the band you put together for these performance music videos.
Mast: I record my own drums and play guitar just well enough to write songs. I’m no different than a fifteen-year-old kid in a garage band and I try to approach everything with that mindset. We shot these videos in Los Angeles at Jim Scott’s PLYRZ studios. My wife and I were filming the ‘Hollywood Forever’ music video, and it made sense to see if I could get a West Coast band together – Butch Norton on drums and David Sutton on bass are in the band for Lucinda Williams. I had almost Lucinda’s full group Buick 6 in the video but Stuart Mathis’ flight from Nashville was canceled at the last minute due to Omicron and I had less than fifteen hours to find a replacement guitarist. Battling a panic attack, I called every musician I knew and almost everyone said, “You gotta get this guy, Eli Wulfmeier,” and thank goodness he was ready for it. Turns out he toured with Shelby Lynne and has his own LA band, Leroy from the North. Without Eli, I doubt we’ll have those videos.

Ana Lee: Do you have gigs in town and will you be hitting the road soon with these songs?
Mast: Live shows are in my future, and nothing is booked now due to Covid. Every time I turn my head concerts get canceled so it’s a risky investment. Frankly, this disc was not cheap and I recover from it. I pride myself on never asking musicians to work for free. The last thing I could put up with is a resentful band working voluntarily for a crowd of 30 in a hall that seats 300, but if I need to, I’ll drag a karaoke machine of my own songs at City Winery and we can all sing along and share an artisan cheese platter. A guarantee though, the next album is already underway.