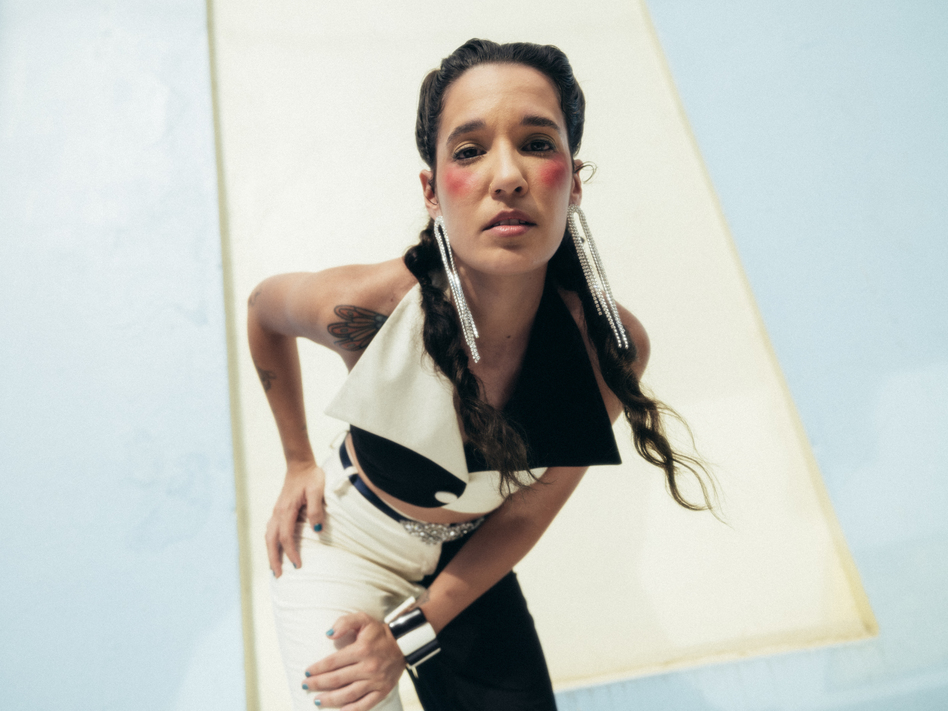 From the Vietnam War to the struggle for civil rights, musicians have always been a voice for change. That’s exactly what happened in 2019 in San Juan, where massive protests followed a government corruption scandal and botched reconstruction after Hurricane Maria. These same protesters will eventually force the governor of Puerto Rico, Ricardo Rosselló, to resign.

Singer and songwriter iLe was right in the middle – and along with Bad Bunny and Residente, she made a song, “Afilando los cuchillos”, which became a rallying cry.

“It was our moment, where we showed how much power [we have]“, recalls he. It was a time when “the whole country [went] on the street to demand something and express their anger towards the government.”

he talks to morning edition about his new album, Nacarilewho continues his deep and deeply committed artistic journey.

The following interview has been edited and condensed. To listen to the broadcast version of this story, use the audio player at the top of this page.

Leila Fadel, morning edition: There’s a song on the album that became an anthem to Puerto Rico as a result of these protests – “Donde nadie más respira” – and it’s about corrupt governments, colonizers.

“Se veían a lo lejos / con aires de salvadores / se disfrazaron de dioses / y les regalamos flores / pero yo no veo vida / yo veo una muerte lenta / un silencio que aniquila / sin que nadie se de cuenta.” “They were seen from afar / with airs of saviors / they disguised themselves as gods / and we gave them flowers. But I do not see life / I see a slow death / a silence that annihilates / without let no one notice.”)

And at the time, you said you wrote it for people around the world who might feel like they don’t have the power to fix broken governments. And I heard frustration. Has Puerto Rico changed since 2019, when these protests showed people power?

island : Well, it was a change in the election, even though we’re still with the same party in government – but you could see a change in the number of votes. But at the same time, I feel like we’re so used to feeling like we’re not worthy enough, we’re not capable enough. It’s frustrating. But at the same time, I remain hopeful. And in Puerto Rico, I feel like we show things in a subtle way – for example now during Hurricane Fiona everyone on social media was saying ‘Don’t trust government funds, just send the funds to these organizations”. And the people was organized; we learned a lot from Hurricane Maria. But it seems that the government has learned nothing.

I wondered about the song “Cuando te miro” – and depending on how you listen to the song, you can hear lyrics that could be about a toxic relationship Where a ravaged planet. Dry riverbeds, hurricanes.

“Soy yo / el furacán que te debasta / soy yo / esa energía que te aplasta / soy tu fuente de alegría / tu alimento / soy yo quien te ceba hasta decir basta.” (“I am / the hurricane that devastates you / I am / the energy that crushes you / I am your source of joy / your food / I am the one that baits you until you say ‘Enough .'”)

What is this music about?

[Laughs] I was thinking about a toxic relationship – I love this song. I wrote it with Rodrigo Cuevas from Spain. I always try to get into those feelings that we go through a lot as human beings, and especially as women, in this world where toxic relationships are so normalized. For me, it was a way of expressing this toxicity. How we, as women in particular, tend to be relationship saviors. And also from a man’s perspective, that society tells them not to cry, not to deal with their emotions – and how toxic society has connected us to each other as men and women in a relationship.

We must speak of “Algo bonito”. Ivy Queen raps, “Nunca he creído que callaíta / me veo mas linda / cuando escupo / es como fuego y ácido.” (“I never thought I was prettier / quieter / when I spit / it’s like fire and acid.”)

It’s a way of trying to redefine what something skipjacksomething pretty, is for us… this shot [for women], flowers, chocolates and everything. It’s so silly that we were treated like that – like it was going to calm us down or whatever. It’s just saying “What’s pretty for us?” Something nice to me is that we have our own rights, and we should be treated with respect and no one can say anything about what we can or can’t do with our own bodies.

And yet, much of the world tells women what to do with their own bodies. When I was listening to this, I was thinking right now, right now, about women dying and protesting in Iran over the choice not to wear the hijab. Women in India demand choice at carry. In the United States, women can no longer access abortion care in some parts of the country. Femicides – among the highest in Latin America.

Exactly. Demonstrations take place, which is difficult – but at the same time, it is stimulating and it is necessary. These things were still happening, this oppression of women, because patriarchy says so.

Is that why you put politics in your music, to have these conversations?

Yeah absolutely. It’s my way of letting things go for a while, and just having more energy to want to keep talking about it in a better way each time. There’s a lot of social ignorance in this world – it can be wiped out with just one conversation. This is why the power of communication, of saying things in a respectful way, should not be underestimated. And that’s what I try to do.