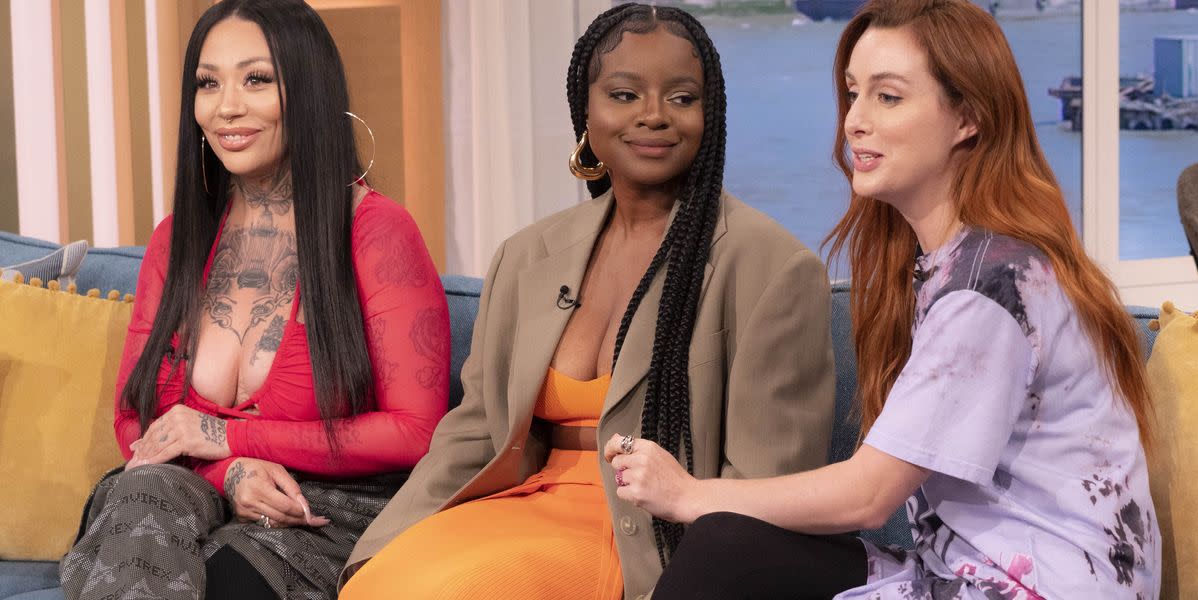 Sugababes during an appearance on This Morning last month (Photo: Ken McKay/ITV/Shutterstock)

sugababes singer Keisha Buchanan spoke out to clarify some of the band’s fan assumptions regarding their upcoming reunion tour.

Throughout their time in the spotlight, Sugababes became known for their hits like Overload, Freak Like Me, Push The Button and About You Now, as well as the many line-up changes they underwent in as a group.

Last month, it was announced that the trio’s original line-up of Keisha Buchnan, Mutya Buena and Siobhan Donaghy are said to be touring the UK in the fall, with the band promoting their upcoming shows with festival performances and TV interviews, as well as online.

The music video raised eyebrows among some Sugababes loyalists as this song was released long after Siobhan left the band, when Heidi range was part of the group.

Over the weekend, Keisha shared another video on her personal TikTok, responding to fan comments.

Admitting that it is generally her policy not to read comments online, the star explained: “Today I had some time and noticed there were a lot of comments on our remake of Push The Button in the Elevator And I just wanted to give you an exclusive.

“I think it’s important for everyone to understand that when you’re in a band and there are line-up changes, it would be really difficult for me and Mutya not to be able to celebrate ourselves. and our legacy without Siobhan, as we are currently in the band with Siobhan.

“It was exactly the same when we were in the band with Heidi, we were doing Overload, because it was something we wanted to celebrate. And denying one just wouldn’t be cool. We want to be able to celebrate all of our accomplishments. and that’s the first thing I wanted to clarify, so I hope you now understand that.

Keisha has also spoken out to insist that her former bandmates Heidi Range and Amelle Berrabah are both “very happy” with the reunion of the original Sugababes.

“They’re very happy for us, they support us from afar, and it’s all about love,” Keisha explained, quashing any rumors of beef among the former band members.

“It’s not what you think it is, guys. Yeah, we’ve been through things, and that’s life, but I hope, guys, if you ever go through things with people, you don’t hold on to bitterness, and all that conflict and follies. It’s about moving forward and being progressive.

“All of these things happened years ago and we respect everyone, no matter what they brought to the table at that time. But we just want to focus on the positive, so hopefully that you understand and I will go back to not reading the comments now.

In a recent interview, Keisha shot down ‘bad blood’ speculation between Heidi, herself and Mutya.

“I think collectively we would all agree that Heidi had her share and is an integral part of Sugababes,” she said. “For her to have taken this journey with us, she is equally important to the journey of Sugababes.

“We’ve seen Heidi and there’s no bad blood or anything like that.”

Mutya added, “There is no time to have bad blood with people. Always give people their flowers.

The Sugababes went through a total of four different formations before finally disbanding in 2011.

After Siobhan’s first exit, Heidi joined in 2001, with Amelle replacing Mutya when she chose to leave in 2006.

Towards the end of the band, Amelle and Heidi were open about their personal issues with Keisha, who was replaced by Jade Ewen in 2009.

This fourth incarnation of the Sugababes lasted just over a year, with the original line-up reforming and the single Flatline being released in 2013 under the moniker Mutya Keisha Siobhan.

After reclaiming the Sugababes name, they released their first single in six years, a collaboration with DJ Spoony, in 2019, and are now gearing up for a full UK tour.

This article originally appeared on HuffPost United Kingdom and has been updated.