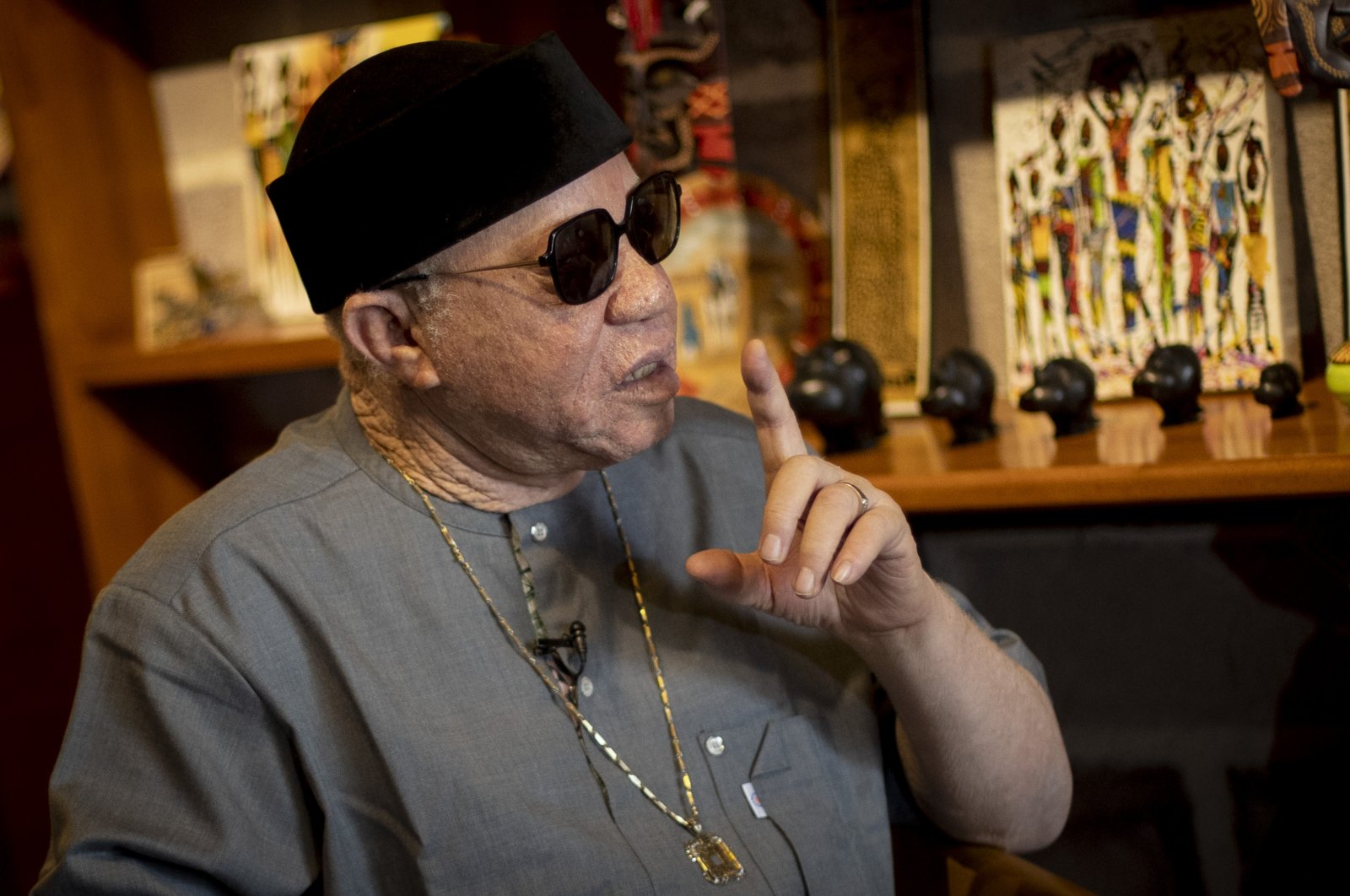 The time has come for Africa, says famous singer Keita

The time has come for Africa to rise up, dream and achieve its dreams, famous Malian singer-songwriter Salif Keita has said while emphasizing how happy he was to see how well Turkey is doing. interested in Africa.

Keita told Daily Sabah during an interview in Ankara that he was very pleased with the hospitality Turkey extended to him and was happy to perform in the capital.

Asked about his concert, he said: “The goal is to introduce African music to Turkish audiences and to make new friends from Africa, who support the continent with their hearts.”

The acclaimed African entertainer can now perform for the masses, but initially he “didn’t want to be a musician”, says Keita. “I wanted to be a teacher and I was training to be a teacher. But they said ‘he can’t teach, he can’t do this.’ I became a musician because I had no choice.

“As I was going on a quest, by chance, I came across a group of musicians playing guitar and I thought, ‘I can do this too,'” Keita said, in what would be his first contact. with music and start the path to a musical career.

Dubbed “the golden voice of Africa”, Keita captivated his Turkish and African fans during his performance at the Presidential Symphony Orchestra (CSO) Concert Hall in Ankara.

Born in 1949 in Mali with albinism and limited eyesight, Keita comes from a noble family and is a descendant of Sundiata Keita, a 13th century prince and founder of the Mali Empire.

One of the finest African singers of the last century, he fused a wide range of local African rhythms with jazz, blues and Afropop dance music.

Keita’s track “Tomorrow” was featured in a documentary on the life and legend of Muhammad Ali. He released 25 albums.

He said the music in Turkey is similar to his home country.

Keita founded the Salif Keita Global Foundation in 2015 and has dedicated himself globally to people with albinism – a widely discriminated against condition in Africa – after retiring from recording his latest album ‘Another White or “Another White,” released in 2018.

“I was born albino and my life has not been easy. I have tried to live aware of this reality and I have established this foundation. I have tried to do something in particular for children, people with with albinism who did not have access to education,” said Keita.

Keita is in Ankara as part of the ongoing Başkent Cultural Route Festival. Aiming to present the cultural, architectural and historical heritage of Ankara to the international scene, the Culture Road Festival will host 560 events with 5,971 artists, 179 scholars and historians.

Keep up to date with what is happening in Turkey, in its region and in the world.

KK singer cremated in the presence of his family and friends