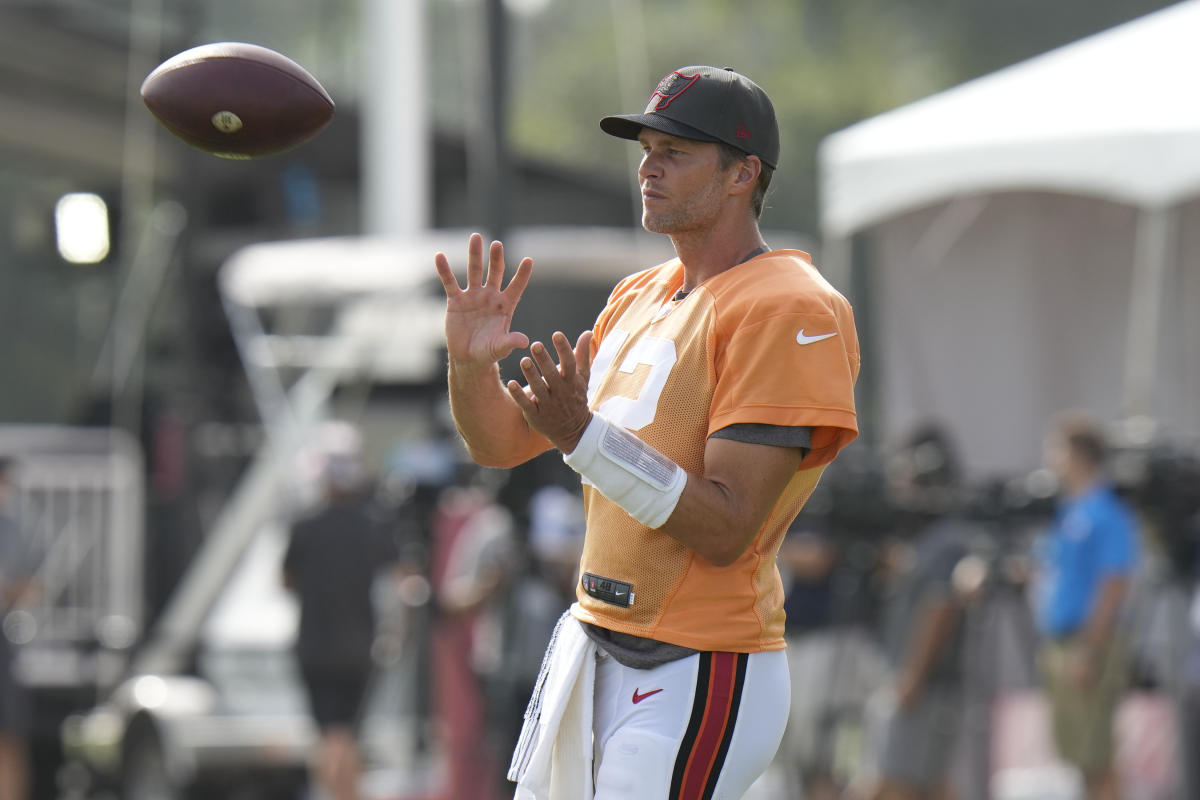 No, Tom Brady wasn’t filming the new season of “The Masked Singer” during his 11-day absence from the Tampa Bay Buccaneers.

At least, he says.

Brady returned to training on Monday after taking time off from the team for undisclosed personal reasons. He also took to Twitter on Monday afternoon to put to rest rumors that he was actually filming for the popular Fox Singing Contest – something fans have been theorizing for the past few days.

Instead, Brady tweeted a video from his clothing brand that showed him (well, someone) riding a motorcycle in his underwear.

It sounds exactly like someone on “The Masked Singer” would say.

So far, the show hasn’t responded to questions about it either, which makes perfect sense. It’s completely based on rumors like this.

Brady walked away from the team earlier this month for what would have been a pre-planned absence, although neither he nor the Buccaneers have explained why. It was reported that Brady was vacationing with his family in the Bahamas and more.

One theory linked him to “The Masked Singer,” which isn’t the craziest thing. Brady has already signed a deal to work for Fox, the same network that runs the show, as an analyst once he retires. Brady’s longtime bandmate and friend Rob Gronkowski has also been on this show in the past, and he’s currently filming new episodes in Los Angeles.

Obviously, a quarterback leaving his team to enter a singing contest just weeks before the start of the season seems highly unlikely. But if anyone could pull it off, wouldn’t it be the seven-time Super Bowl winner?

This theory, however, is apparently too good to be true.

“I’m excited for the season, I’ll be tuned,” tight end Cam Brate joked Monday. “I guess they only filmed it in 11 days or whatever. I have no idea. It was kind of funny, all the rumors and stuff… We’re glad to see it again.”

Paul Singer notices a company that keeps screwing up