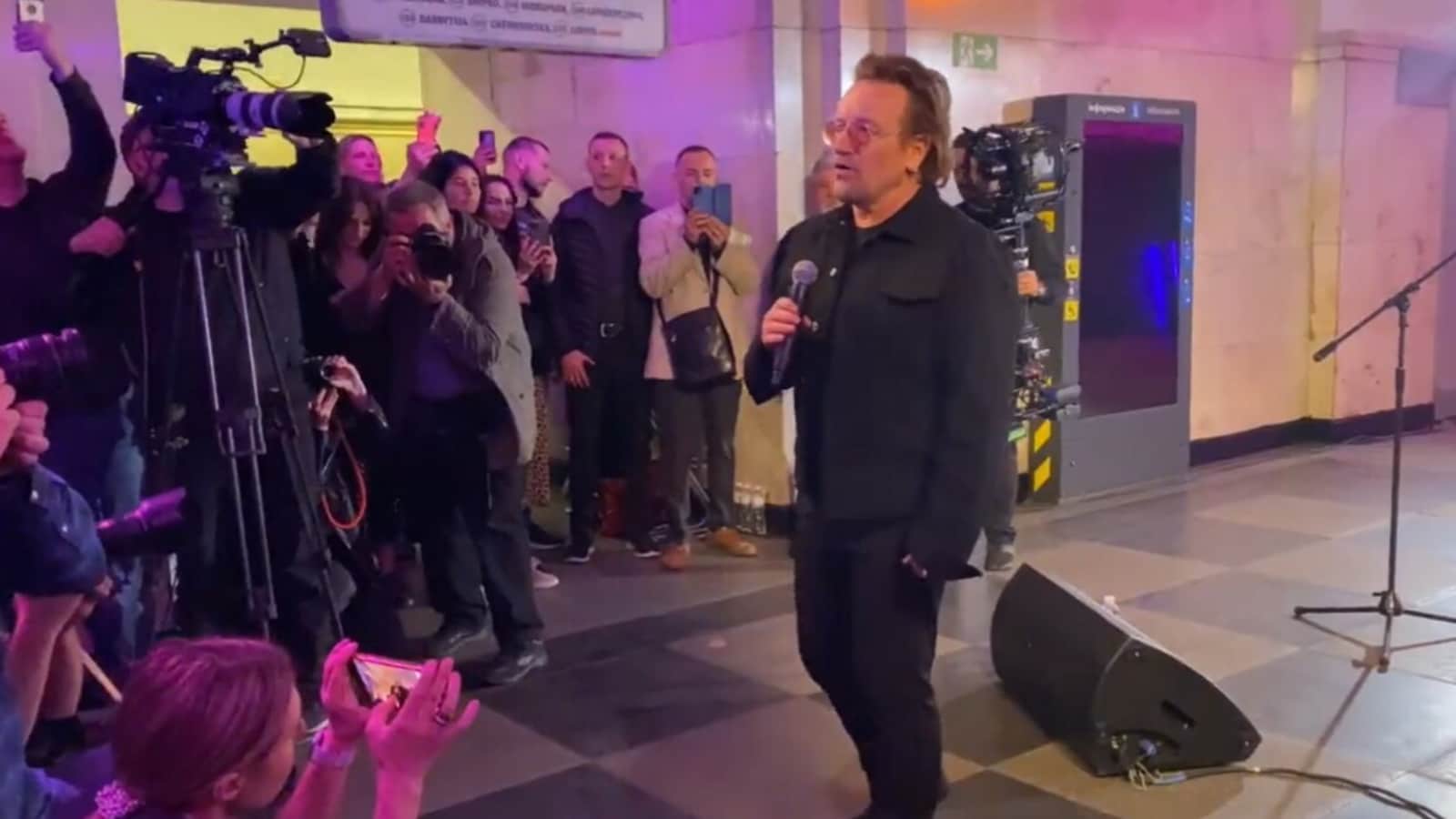 Paul David Hewson, better known as “Bono” – the lead singer of popular band U2 – gave a heartwarming performance at a metro station in Ukraine’s capital Kyiv on Sunday, winning praise online and offline. “Your president is leading the world in the cause of freedom right now… The people of Ukraine are not just fighting for your own freedom, you are fighting for all of us who love freedom,” the 61-year-old singer said. crowds at Khreshchatyk metro station, AFP news agency reported.

Ukrainian President Volodymyr Zelenskyy, in a video address, also thanked the group for showing their support for Ukraine. “I am grateful to [Bono, U2] for supporting our people and bringing even more attention to the need to help our people,” he said.

US Secretary of State Antony Blinken tweeted a video of the performance. “It’s a beautiful day in the kyiv metro. The people of Ukraine have shown remarkable determination and resilience in the face of this brutal invasion. We stand with #UnitedWithUkraine and support its quest for more peaceful, democratic and more beautiful days ahead,” Blinken tweeted, reiterating US support for Ukraine as it struggles against Russian invasion. The United States has provided assistance to Ukraine in the form of relief programs and military aid.

It’s a beautiful day in the kyiv metro. The people of Ukraine have shown remarkable determination and resilience in the face of this brutal invasion. We are #UnitedWithUkraine and support his pursuit of more peaceful, democratic and beautiful days ahead. https://t.co/BN7FlT7O8U

In a nearly minute-long clip, U2 frontman Bono and bandmate The Edge perform their 1987 track “With Or Without You.” The performance lasted about 40 minutes and the band also praised Ukrainians who are fighting for their freedom from Russia, a Reuters report said.

Bono rallied the crowd between songs during his performance. “Tonight, May 8, gunshots will ring out in the Ukrainian sky, but you will finally be free. They may take your life, but they can never take your pride,” he said.

Russia invaded Ukraine on February 24, heading towards kyiv before withdrawing its forces from around the capital in late March to focus its firepower on eastern Ukraine.

(With contributions from the agency)