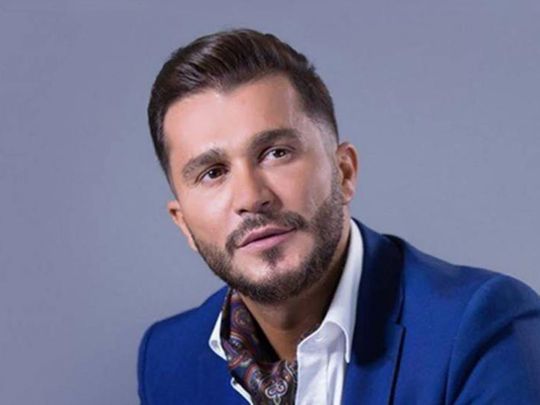 Cairo: Mourners attending the funeral of famous Lebanese singer George Al Rassi, killed earlier this week in a road accident, paid their last respects by dancing to the tune of his songs, according to media reports.

A video on social media showed the pallbearers of Al Rassi’s coffin dancing to music before burying him in Lebanon. The late crooner’s popular song “You’re Love” blared over a loudspeaker during the funeral.

Sounds of gunfire could also be heard in the footage.

Al Rassi was killed on Saturday after his car slammed into a concrete barrier on a highway on the Lebanese-Syrian border.

The 42-year-old artist came to Lebanon after performing a concert in Damascus, the Syrian capital, media said.

A woman, who accompanied him in the car, was also killed in the accident in the border region of Bakka, east of Lebanon.

His sister, actress Nadine Al Rassi, blamed the Lebanese government for her brother’s death, saying the road was dimly lit and the barrier was placed in the middle of the highway.

Born in January 1980 into a family of artists, Al Rassi launched a musical career while still a teenager in the 1990s. Soon he was catapulted to fame in his native country and beyond.

sublime Ethiopian singer who inspired the protesters of the Oromo struggle