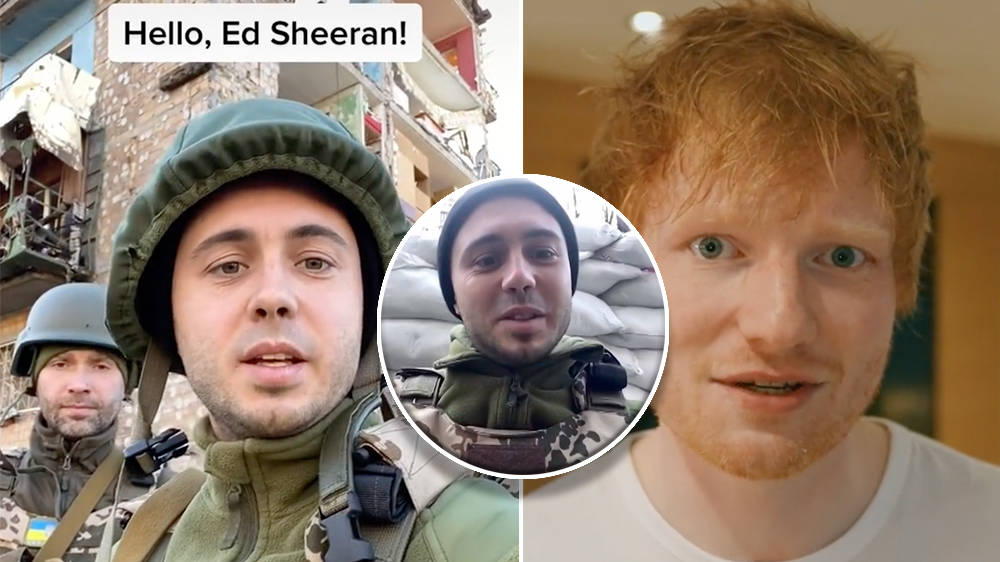 Ukrainian band Antytila ​​has gone viral after sharing a request to perform remotely at the Concert for Ukraine taking place on Tuesday to raise funds for DEC Ukraine’s ongoing humanitarian appeal.

Just days after Ukrainian band Antytila ​​went viral for messaging Ed Sheeran from the frontline asking him to perform at Concert for Ukraine, the “Bad Habits” singer responded.

Ed told the group in a video: “I just want to say to all Ukrainians; “I love you, I’m with you and I’m so proud to be playing this fundraising event next week.”

Concert for Ukraine: Who’s performing, how to watch and ticket information

“Can’t wait to hear your music too, guys. Sending lots of love.”

“It’s great for us that Ed has responded to us,” he said, “We want to thank him and everyone in the UK for supporting us.”

Taras then went on to say that he would always continue to play music, adding, “We are musicians first and we will definitely prevail and play concerts in the stadium of our undefeated country.”

It all came when the band shared a post via Facebook and TikTok that received millions of views, where they asked to virtually join Ed on the night of the concert to perform.

The group explained that “in times of peace, our concerts brought stadiums together” and went on to explain how the war “changed our lives”.

At the end of the video, they added: “We are not afraid to play under the bombs. Through music we want to show the world that Ukraine is strong and undefeated. We will fight and sing for victory in front of the whole world that supports us.

The concert for Ukraine will take place on Tuesday, March 29 and will be broadcast live from 7 p.m. on the Capital and Heart networks.

You can tune in via Global Player to listen to Capital’s Sian Welby and Heart’s Dev Griffin as they broadcast from behind the scenes, while Capital’s Roman Kemp and Marvin Humes will host the event alongside Heart’s Emma Bunton.

There will be performances by Ed Sheeran and Camila Cabello to name a few, and listeners will find out details on how to donate to the DEC Appeal.

Singer Davido reacts after being mocked for his failure to pay Drake’s 1.7 billion naira chain