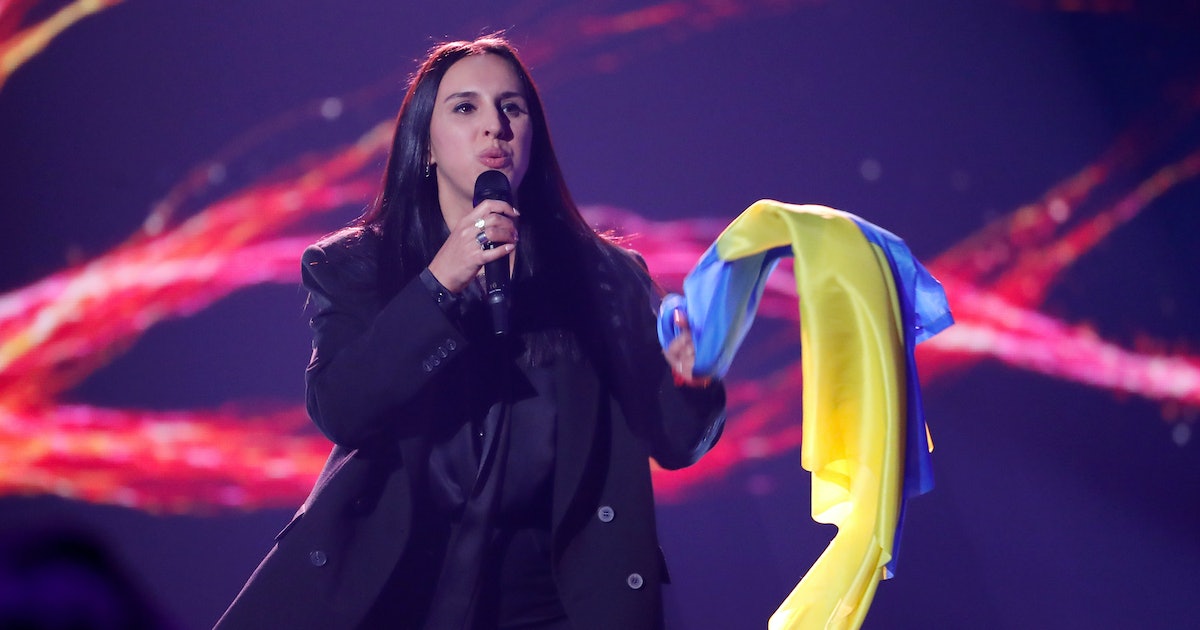 The song that won him the Eurovision crown six years ago was a cover of “1944”, by NME. The original ballad is about Soviet forces entering Crimea, under Joseph Stalin, in the Tartar language. An experience lived by Jamala’s own grandmother, driven from her home in Crimea at the time. And now, Jamala and her family come face to face with an eerily similar experience.

According to France 24, her husband woke her up at 5 a.m. when news of the Russian invasion broke, telling her that Russian forces had invaded their country. Accompanied by two toddlers, they, like many others, found their passports and fled. They traveled to Ternopil in western Ukraine. But distressed by the sound of explosions, they left for the Romanian border after one night. With only women and children allowed to cross, her husband returned to the capital kyiv to join the Ukrainian forces. Finally making it to Istanbul, in a live interview with BBC Breakfast in February, she explained that her friends and family were still in danger.

“My family, my husband, my whole team, my whole musical group, all my friends are in Kyiv in bomb shelters,” she said.

By the time of the 2016 Eurovision Song Contest, two years prior, Russia had regained control of Crimea, annexing them to Ukraine. During ITV Concert for Ukraine, she waved a Ukrainian flag while performing her country’s national anthem and winning song, “1944.” Ed Sheeran, Camila Cabello, Snow Patrol and Emeli Sandé also performed.

Then, in his interview with AFP, she commented: “We are a new generation, (we think) about peace, about how to collaborate, about how to unite, but we see these terrible things. This war is taking place before the eyes of the world. We have to understand that this is really terrorism, this is a really cruel war in Central Europe.

Almost 80 years ago, this Jewish singer hoped to be the next Judy Garland. At 95, she is recognized.