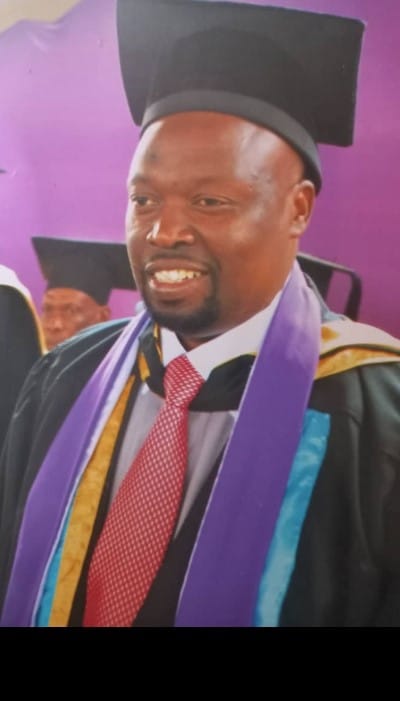 Zvishavane-based musician, Blessed Moyo Mabika has released a new single titled “RIP MT Musokeri” to remember the late pastor of Zvishavane Miracle Gospel Church, Milton Musokeri, for the works he did on earth.

The new single is a memorial and commemorative message from Mabika and Kwazvoo Muzik Band Sungura Gospel and Jiti Muzik to the family of the deceased, loved ones as well as friends and was directed by Sergio Elton Mudenhe.

In an interview, Mabika said that Musokeri was pastor of Miracle Gospel Church in Zvishavane, entrepreneur and caregiver.

“He had a construction company that was building education facilities and housing for Zvishavane businessman Pote Makanaka Investments in the Midlands province,” Mabika said.

The ‘RIP MT Musokeri’ hitmaker added that the fire is also remembered for work he did at White Hospital in Zvishavane.

“He built some of the wards and did some durawall renovations,” he said.

Mabika said churches and prisons remember Musokeri because during his days he used to provide basic needs such as balanced food and clothing to widows, orphans and prisoners. .

He added that many families will not end their tears because they grew up under Musokeri’s hands.

“He was a loving father whose words impacted the lives of many people through the uplifting messages,” Mabika said.

Milton Musokeri died on June 10 and was buried on June 13 this year at his rural home, Mhondoro Mubaira.

Mabika added that “RIP_MT _Musokeri” is well received by Musokeri family, friends and church and was produced by Lollypop Studios in Zvishavane.

Blessed Moyo Mabika is also a lead vocalist and backing vocalist as well as the main rhythm and sub-rhythm guitarist of his band (KWAZVOO MUZIK AND SUNGURA GOSPEL AND JITI MUZIK).

Mabika is also backed by bassist Divide Malunga and drummer Aldridge Zvavamwe.
The Sungura gospel artist added that he continues to work hard in the music industry.

“I will be back before the end of this year with an impressive 5th album and promising fans more quality musical productions,” said Mabika.

Demi Lovato: A popular American singer gives her fans a glimpse of her modern California farmhouse